I would like to get the answer for this question from an English native speaker.

In my mother language, which is Aramaic, we always use the adjectives and the attributive nouns after the noun being modified. That is the contrary to the English language which pre-adjective and attributive nouns come before the modified noun.

The process in my head goes like as if I am counting down 5,4,3...etc instead of counting up. As a result it become harder but i digress. 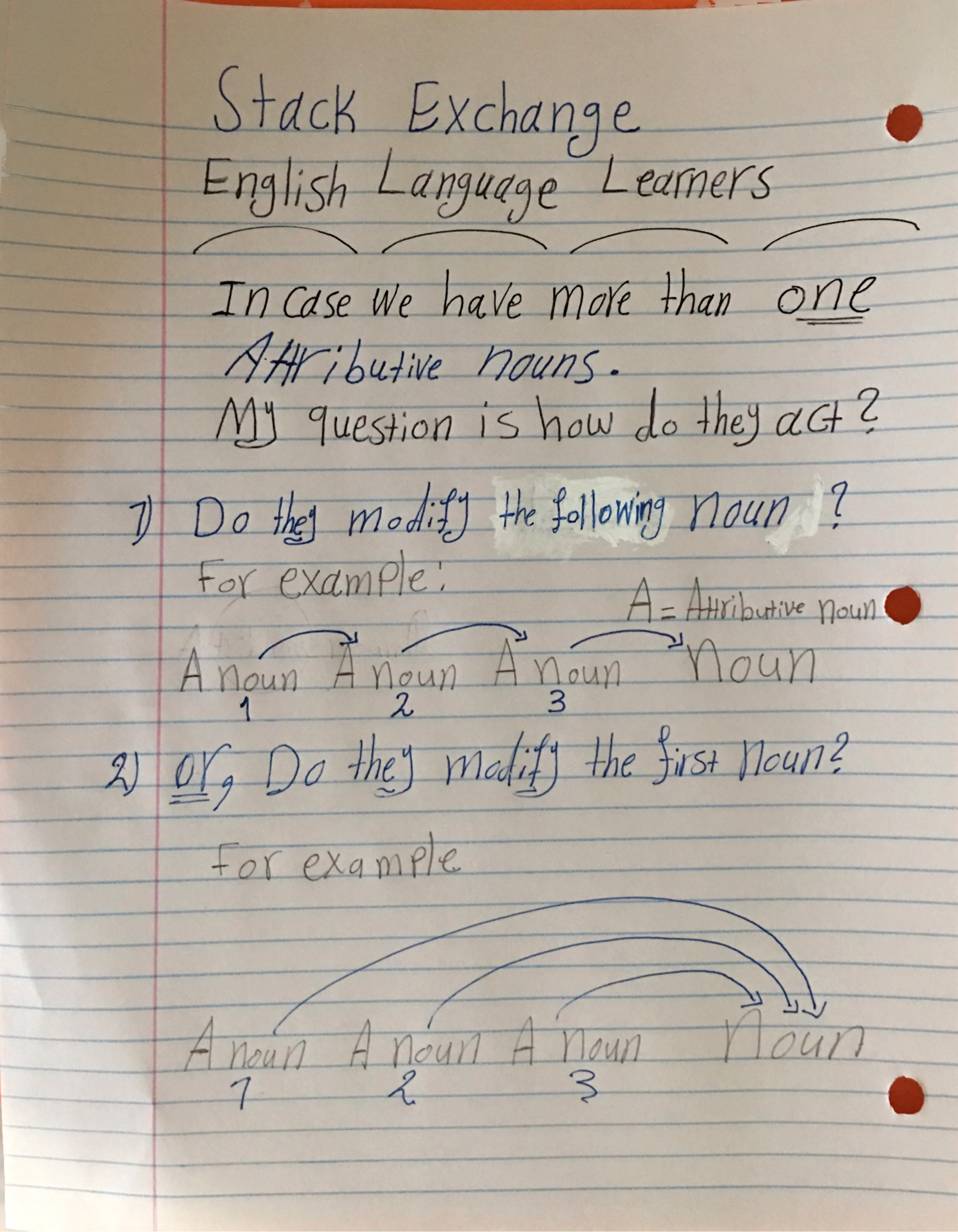 I want just to know which one is right. I know that adjectives have a specific order, what about the “attributive nouns”, do they:

Long chains of attributive nouns are usually avoided. When they do occur each noun tends to modify the noun it follows. However there is some ambiguity, and context and pragmatic understanding always are more important than logic or rules.

For example: "I received a chicken soup bowl as my family birthday present."

This is probably a bowl for "chicken soup", not a "soup bowl" for chickens. It is a birthday present from the family, not a present received on my "family birthday" I know this because families don't have birthdays and chickens don't drink soup from a bowl!

Usually, we would avoid the chain of nouns and say "I received a bowl for chicken soup from my family as a birthday present."

Long chains of nouns are more common in Headlinese: Wikipedia gives an example:

Not the answer you're looking for? Browse other questions tagged modifiers attributive-nouns .