How do you describe an anomaly in the car body! deformation? Sunken?

Suppose you had a very slight car accident and a point of the car's door looks as if it's pushed in, something like this 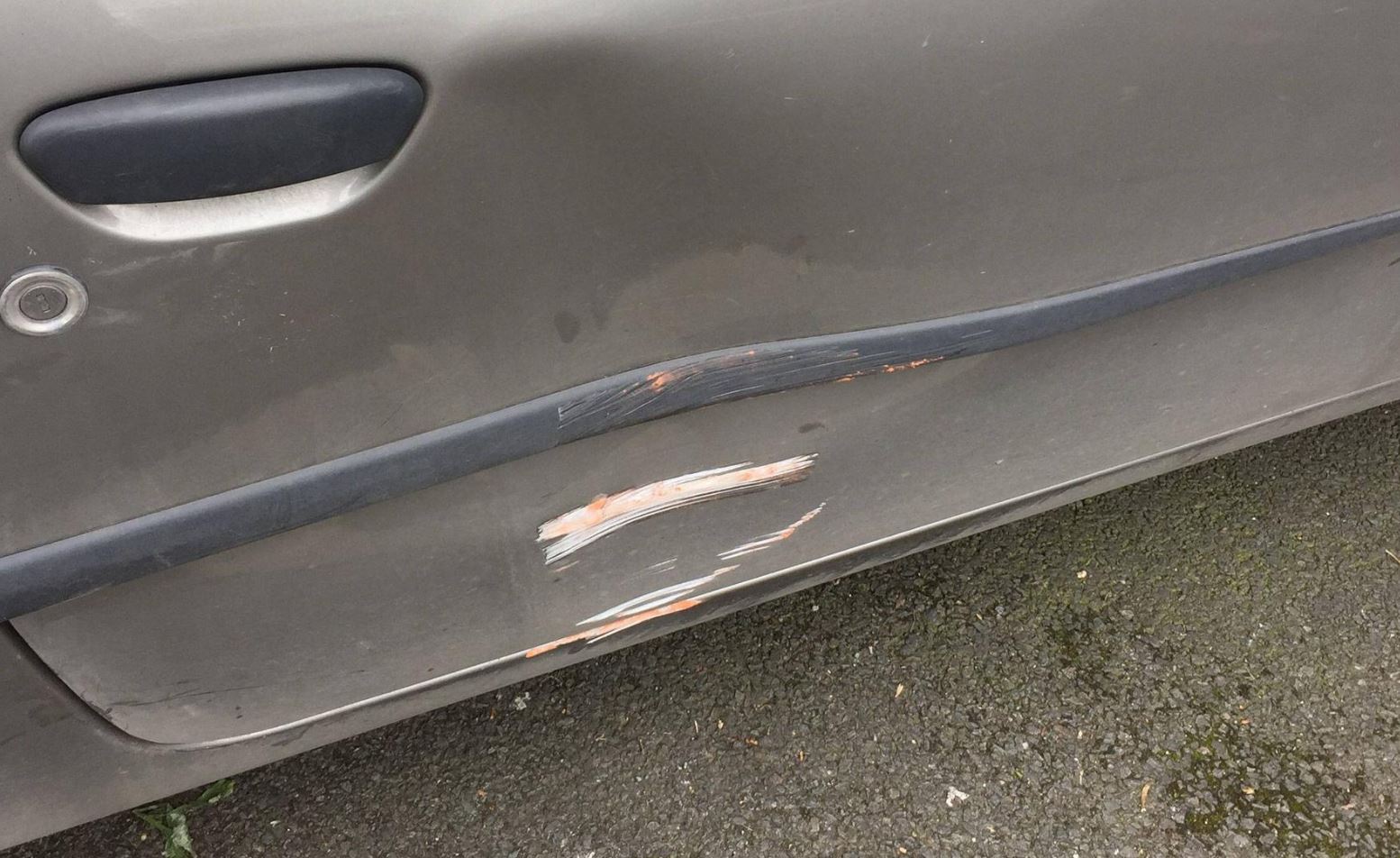 However, without any scratches, just a simple anomaly that can be easily fixed. How do you describe the door?

I came up with:

I am not sure about any of these sentence. Would you help with this?

Photo Reference: https://mechanics.stackexchange.com/questions/16774/fiat-punto-door-dent (The owner of this picture can ask me to delete his/her photo)

My first thought was “dent”:

dent
a small, hollow mark in the surface of something caused by pressure or being hit:
She ran into my car and put a dent in it.
(Cambridge Dictionary)

Briefly, “deformation” suggests to me a manufacturer’s error, not a dent.

“Pushed in” seems okay to me, but that’s somewhat broad, or not as specific as “dent”.

It's called a dent (noun). The door is dented (adj). He had a small accident and dented (verb) the door.

The car's door is dented.

The door has a large dent.

A dent can be as small as a coin-sized ding or dimple.

Smashing an entire side of a sheet-metal object can cause very large dents, or crumple the object.

The difference between a ding and a dent is an informal one:

but relates to size, whether the paint is scratched etc.