What is the difference between "Soccer" and "Football"? [closed]

And be careful, because an American will use the word "fooball" to describe a completely different sport, similar in appearance to rugby but with different rules.

It may help to see this article and map by Business Insider. 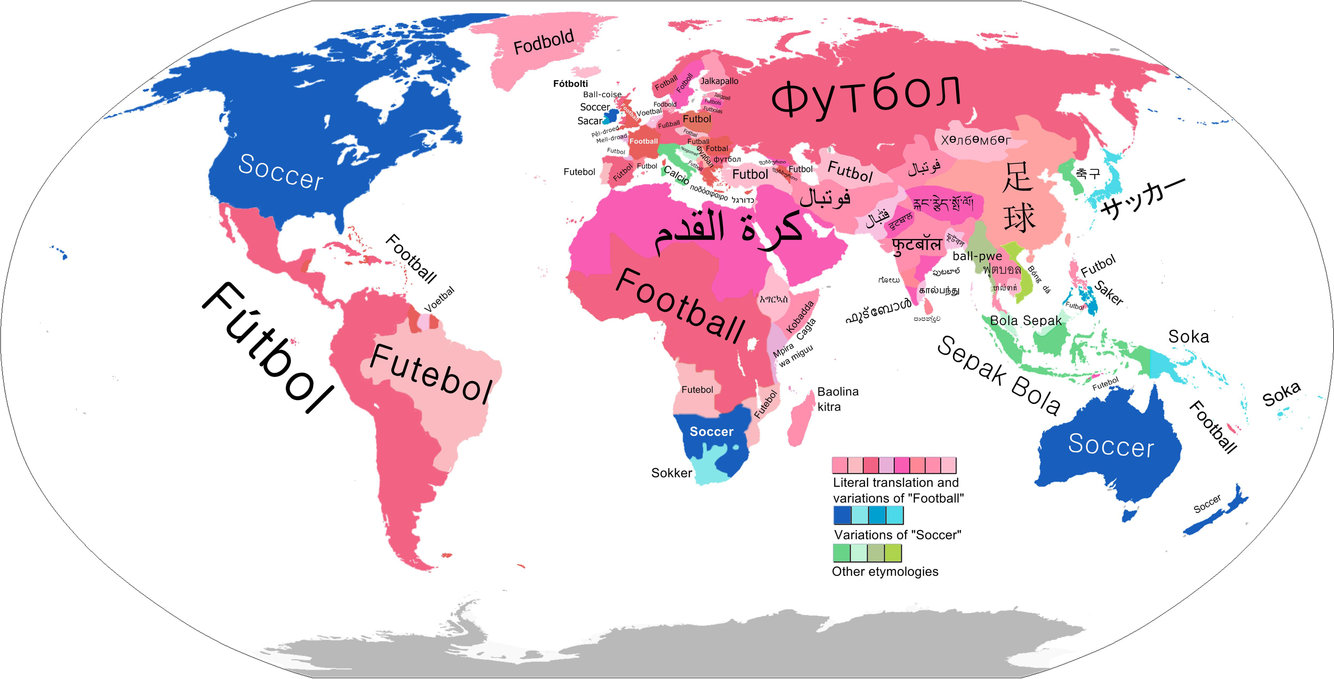 Football is a term for a number of sports that use balls, the hands and feet in various ways depending on the rules of the particular sport.

Some versions of football are quite old the Royal Shrovetide Football match played in the town of Ashborne in Derbyshire, England has been played since the 12th century.

These various versions of football were played to their own rules until the middle of the 19th century when improved education, printing and communications all came together to allow the various games to codify their own rules.

Soccer is a shortening of the term Association Football first coined in England, but that has become more commonly used as a term for the sport in America, Australia and some other countries. In these countries there is often a local version of the sport such as Australian Rules Football or the NFL that is considered football for that country, or they are in the sphere of influence of a country that uses football to describe another sport such as Japan's relationship with America after WW2 ( also the reason why Baseball is popular there).

Football is commonly used as the name for Association Football in the UK although some diehard fans of Rugby League or Union will refer to it as soccer.

As the map Aiden Stewart has linked shows many other countries use a version of football to describe Association Football as a sport.

Not the answer you're looking for? Browse other questions tagged word-usage word-meaning word-difference or ask your own question.