If it's ‚Äúdouble‚Äù why is it singular?

All the nouns listed above are countable but stay singular. On the other hand, if we substituted the word double with two the noun is pluralized e.g.

I cracked open an egg and found two yolks

Why don't we use the plural noun in these cases? 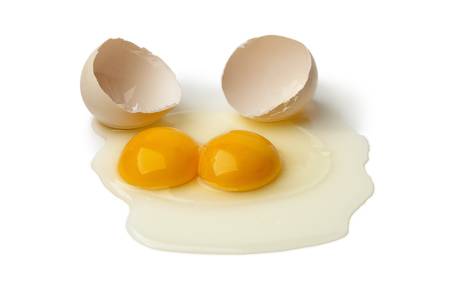 There appears to be an exception to the rule and it is double doors. According to Ngram, today the plural form compared to its singular counterpart is used 80 times more frequently.
(Hopefully, I didn't mess up the maths, but if I did please correct me)

According to Collins dictionary, double as defined in definition 2:

Adj. You use double before a singular noun to refer to two things of the same type that occur together, or that are connected in some way.

Because the subject of is in your examples is the name for something. That thing is understood as a single compound entity or thing.

I bought tickets for the double-header but it got rained out.

Not the answer you're looking for? Browse other questions tagged singular-vs-plural countable-nouns .