I suggest the new leadership be needed.

I learned subjunctive mood recently and now I know you could parse this as such, "I suggest the new leadership should be needed." However, now I got confused all the more for the present tense like this one below. 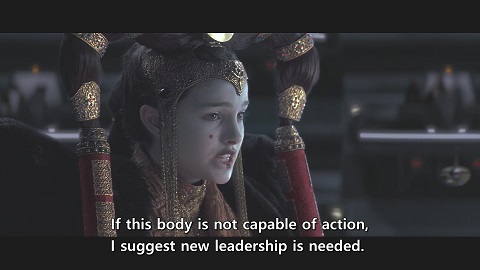 I suggest the new leadership is needed.

It's like, to me, the whole sentence should have subjunctive mood according to the situation in which the speaker is. But still, it's just in the normal and present tense... how? What could be the differences between the sentences each above?

The so-called subjunctive (which is identical to the base form for every verb in the language, so I don't understand why some grammarians insist on giving it a different name) is used by some people after verbs like insist, decide, suggest, command, but not by everybody.

It is used more in formal contexts (like committee meetings), and I think more by American than British speakers.

As you say, forms with "should" are a common alternative. But the simple present is also used, especially in British English.

The verb to suggest can take a subjunctive object, but it also can take an indicative object.  The difference can be meaningful.

? I suggest that new leadership be needed.

This just seems strange.  Am I suggesting that someone should create the need, or that we can't know whether new leadership is needed?

The subjunctive doesn't make sense here.  She's not presenting a hypothetical or contra-factual idea in this clause.  Assuming that the if-clause is true (and, in this context, we should), she's describing her world as it is.

I can't say whether or not this sentence would actually be subjunctive, as there seem to be different opinions. However I can say that using "should" in combination with requests, opinions, or commands, reduces its intensity. This can be deliberate way to make the request more formal and polite, but possibly also a bit old-fashioned:

I ask that you (should) call me by my first name.

I'm not British, so I defer to Colin Fine's nationality, but to me this sounds more like something a posh British person would say, but few Americans. Over here in the U.S. it would be far more common to say:

Please call me by my first name.

In a different context (such as a committee meeting) "should" is a relatively benign added layer of politeness. It's not necessary, but it might sound nice and avoid "ruffling feathers". Example:

I motion that we (should) vote on this immediately.

5
'Would' vs 'should', expressing expectation on the part of the speaker
1
Usage and meaning of the word “Rather”
0
Can a participle phrase modify a whole sentence or clause? Or do they have to stick to a specific word or phrase?
1
Usage of the subjunctive word “would”
17
Simple present for speaking about the future the way natives do
1
What is the use of the Present Simple Tense in this sentence “I think he is at home” & “I think chocolate is great”?
6
Peoples say “request to” is wrong but I see a lot of sources have that kind of sentences
1
The Structure “Not…But Instead…”
2
Squeeze some juice out of the orange/ Squeeze the orange for some juice?