What does “two large, disheveled shapes” refer to in this context?

Harry felt as though he had barely lain down to steep in Ron's room when he was being shaken awake by Mrs. Weasley.

“Time to go, Harry, dear,” she whispered, moving away to wake Ron.

Harry felt around for his glasses, put them on, and sat up. It was still dark outside. Ron muttered indistinctly as his mother roused him. At the foot of Harry's mattress he saw two large, disheveled shapes emerging from tangles of blankets.

They dressed in silence, too sleepy to talk, then, yawning and stretching, the four of them headed downstairs into the kitchen.

I don't know what "two large, disheveled shapes" refer to. Are they persons, Fred and Ron maybe? It's really miserable.

In the Potter books, I am not sure it is fair to infer that creatures are necessarily humans. As I read it, there seem to four sleeping in the room: Ron in one bed, Harry in the other, and two, one of whom is named Fred, at the foot of Harry's bed. Presumably, this gets clarified either before or after the quoted sentences.

I believe that J.K. Rowling here means that there were two misshapen shapes emerging from the blankets. Imagine something like this: 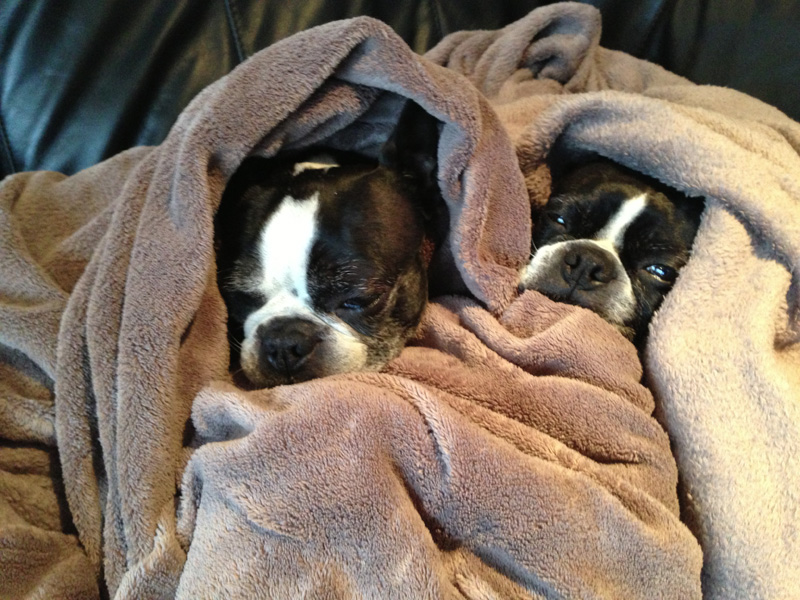 The blankets were disheveled by the objects inside them. (The objects being two people presumably)

Both Harry and Ron are already mentioned, so my guess is we're meant to assume the two large, disheveled shapes are Fred and George, since they are the other two people in the room. Plus, throughout the series, the Weasley twins almost always appear and act together.

In this context "disheveled" does not mean "unhappy". It's more how someone looks when they have just woken up, before they have a chance to wash and/or groom themselves, e.g. "bed-head".

Not the answer you're looking for? Browse other questions tagged reading or ask your own question.