Does this mean “apologise to the waitress” or “apologise in general”?

"Organisation should apologise to and reinstate the waitress and ask her to apologise for her breach of customer privacy and post both (apology for the mistake and she being reinstated again) on social media." This sentence is a part of a case study. I am not posting the case study as I want answerer to answer it without any prejudice - in pure grammatical context.( Use of "and" here).

By "independent" I meant a general apology to (say customers or viewers), not the waitress.

Following is the snapshot of case study. copyright of XATONLINE© 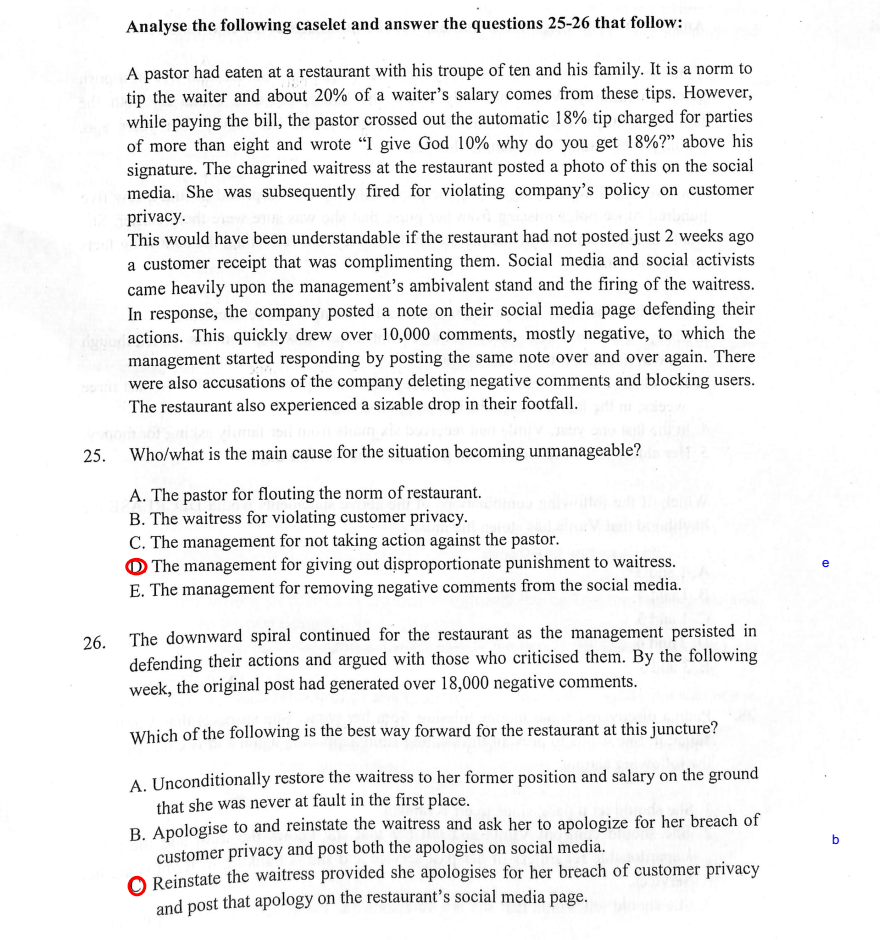 The example could use some more context, but it's an imperative verb, not a noun.

Organisation should apologise to the waitress, and also reinstate her, and also ask her to apologise ...

With "to" after "apologise", it means to say sorry to a specified person, which in this case can mean only "the waitress", since there is nobody else in the sentence.
If there was no "to", you could be right and the sentence could mean apologise in general.

The organization should apologize to and1 reinstate the waitress and2 ask her to apologize for her breach of customer privacy and3 post both on social media.

Please note that I've removed the parenthetical from the model.

There are three instances of the conjunction "and".  They are not all equal.

The first conjunction pairs "apologize to" with "reinstate".  This joined pair takes "the waitress" as its object.  So far, we have one potential apology, and it's from the organization to the waitress.  Also, the waitress potentially gets her job back.

In effect, and1 is smaller.  It's found inside one of the things that and2 and and3 join together.

should:
A) apologize to the waitress (and1 reinstate her)
and2
B) ask her to apologize (for her breach of customer privacy)
and3
C) post both on social media

At this point, we now have two potential apologies: one from the organization to the waitress, and another from the waitress to -- well, it doesn't say.  Probably just to the specific customer or customers affected by the breach, since that's what the apology is for.

I'm making a couple of educated guesses.  I've guessed that the wording in parentheses in your post is your own editorial commentary, and that it doesn't appear in the original case study.  I've also guessed that you're mistaken.

Given the layout presented above, this "both" on line C) should relate to both lines A) and B).

If you did not add the wording "(apology for the mistake and she being reinstated again)" on your own, then my analysis is probably flawed and you should ignore it.