Why is the definite article used in this paragraph?

Consider the bold phrases in this prograph: 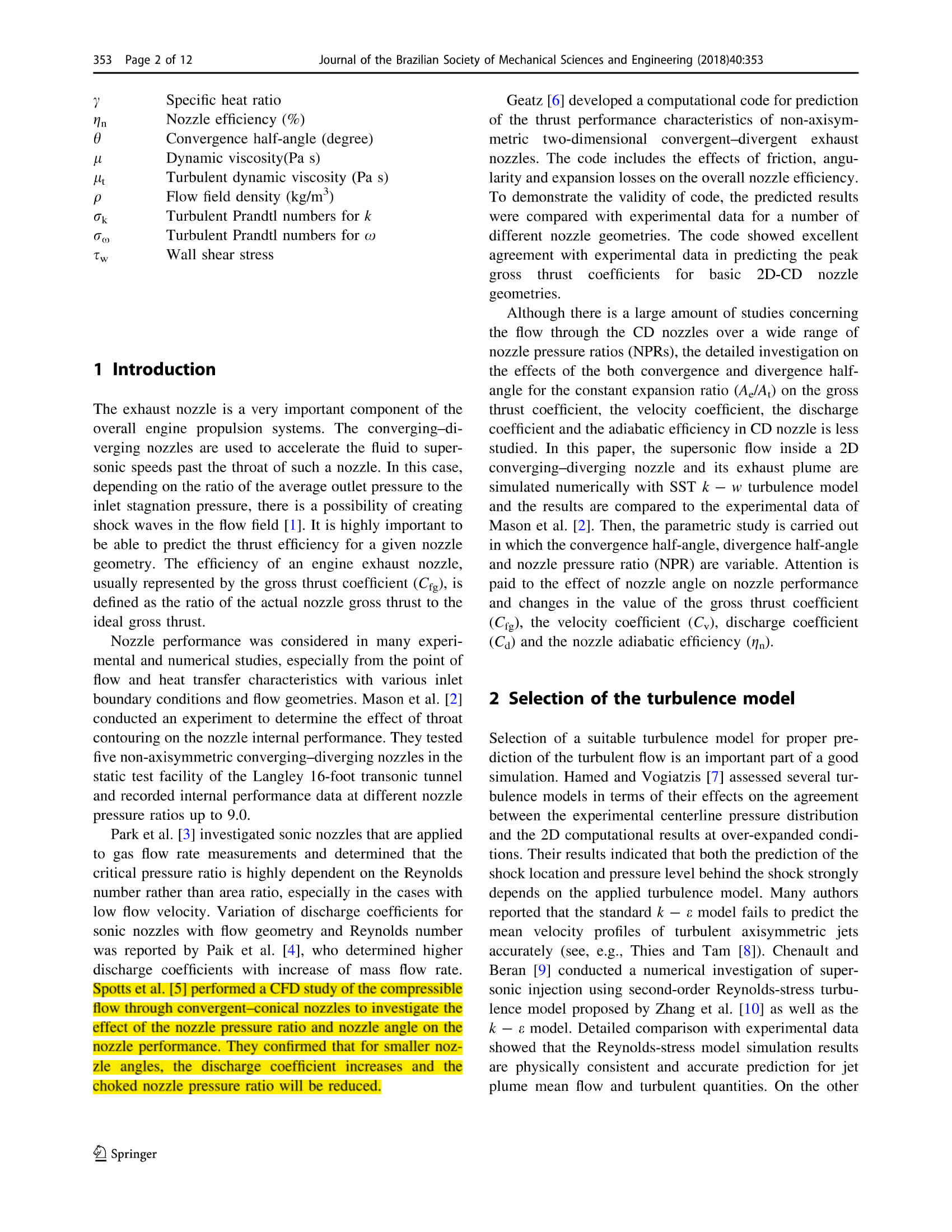 I have some questions about these bold word/phrases:

In a scientific paper, one wishes to make statements of universal applicability. That means - to generalize when possible. Not only these nozzles, but all nozzles. Such is this sentence. Yes, we know they really had specific countable convergent–conical nozzles.

Why has "effect" got the definite article? Because we're talking about a specific effect. Am I right?

If you used the indefinite article "an effect", it implies "one of many various effects". This is wrong. The definite article refers to the main central effect from the experiment.

"A pressure" would be one of many different pressures. "The pressure" is the one pressure in the example case, and it's correct.

"The nozzle performance" is the one specific definite performance in that investigation, which is being discussed.

"a kind of nozzle performance"? not exactly.

"smaller nozzle angles" is plural, and they tested with many different various angles. So, it's not definite, but more conceptually indefinite. "The angles" could be if you had a list that only included 30 degrees and 45 degrees. Or an otherwise limited range. Ok, those are "the angles". However, if it's more vague or undefined, then it is also not definite.

Why has "effect" got the definite article?

You are told what effect is meant: it's the effect of the nozzle pressure ratio and nozzle angle on the nozzle performance.

Why doesn't "smaller nozzle angles" have the definite article? We are talking about the smaller size of those nozzles of the investigation.

if not, then how "discharge coefficient" and "choked nozzle pressure ratio" have got the definite article?

Not the answer you're looking for? Browse other questions tagged articles definite-article .