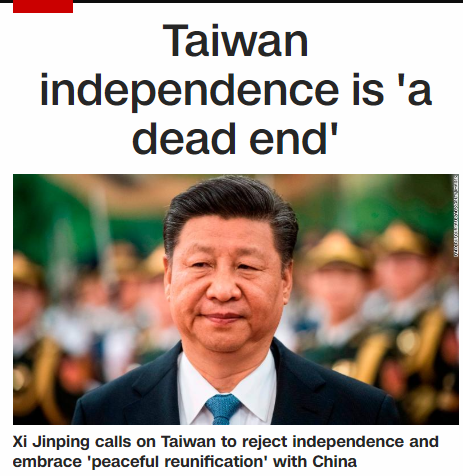 Taiwan independence is ‘a dead end’
Xi Jinping calls on Taiwan to reject independence and embrace ‘peaceful reunification’ with China.

What does it mean...? I'm wondering, was he dying?
Or is his career ended?

A dead end is the name given to a street that has no exit. That's to say, the only way out is the way you came in. The street leads nowhere.

The expression is used to describe ventures, plans, jobs, ideas and anything else which (somebody thinks) are futile or ill-judged and will lead nowhere.

9
Is there an idiomatic way to say "go to the path of no way out"?