What does it mean when the wife in the picture says "I wear the brains in the family."? 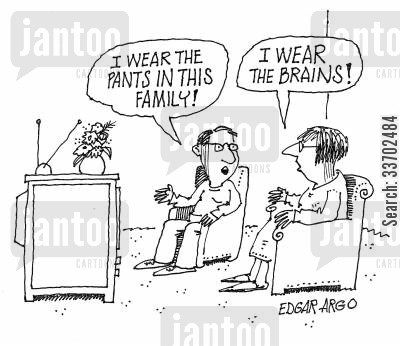 Not the answer you're looking for? Browse other questions tagged meaning jokes .