What does “double” mean here?

Ted returned home early, claiming his blind date could have doubled for a gorgon.

Double here is a verb but I do not get what it means here.

The phrase to double for someone is a phrasal verb. The Macmillan English Dictionary gives it the following definition:

He doubled for Roger Moore in the film Octopussy.

So, in the text that you quoted, Ted was saying that his blind date looked so ugly when he met her that she could have easily played the role of a gorgon without makeup in some sort of fantasy adventure movie. And here's what your typical gorgon looks like: 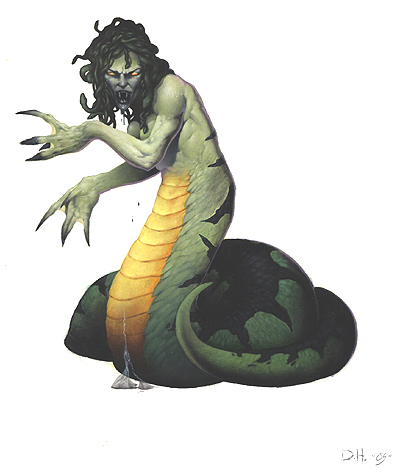