What is the meaning of 'the inbite' and article 'the'?

How do I take words which I can not find in Google. Just there are brands TICT / INBITE of fishing poles. What is the meaning of 'the inbite' and article 'the' here? Is it such a grammar for each new word put 'the' before it?

An easterly is the most disagreeable wind in Lyme Bay— Lyme Bay being that largest bite from the underside of England’s outstretched southwestern leg—and a person of curiosity could at once have deduced several strong probabilities about the pair who began to walk down the quay at Lyme Regis, the small but ancient eponym of the inbite, one incisively sharp and blustery morning in the late March of 1867.

The key to understanding it is by considering the wider context.

Your quotation begins by talking about Lyme Bay, a coastal area of Lyme Regis. It even describes Lyme Bay as "that largest bite from the underside of England’s outstretched southwestern leg" So, "inbite" apparently refers to the bay. As a coastal bay is a recess in the coastline, it would seem as if a "bite" has been taken out of the land. This is further evidenced by the fact that the text goes on to say that Lyme Regis is eponymous with the aforementioned Lyme Bay - obviously the bay takes its name from the inland area nearby.

Admittedly I have never heard this word used before - unless someone can show evidence of it being commonly used to describe a bay like this I would suggest that the author creatively made a compound word of "in" and "bite" and then used this as a metaphor to describe the shape of the coastline. Don't be surprised that it isn't found in dictionaries - English is very fluid in the way it allows for compound words to be used colloquially. For example, in the region of England in which I live many people refer to an alleyway between two roads as a "cut-through", yet I can't find this in any dictionary either.

The definite article "the" is used because, having established that the subject is Lime Bay, it is a specific subject. If the author had not been so creative and simply referred to it as what it is - a bay - he would still have written "the bay" because to use the indefinite article "a bay" could refer to any bay. We always use the definite article when referring to something specific.

I would expect that "bite" a local expression for this particular geographical feature (like "reach" or "leap" or "hollow" or "rise") possibly because some clever and charismatic person used that description in the past and it "just stuck".

If you look at an image of "England’s outstretched southwestern leg": 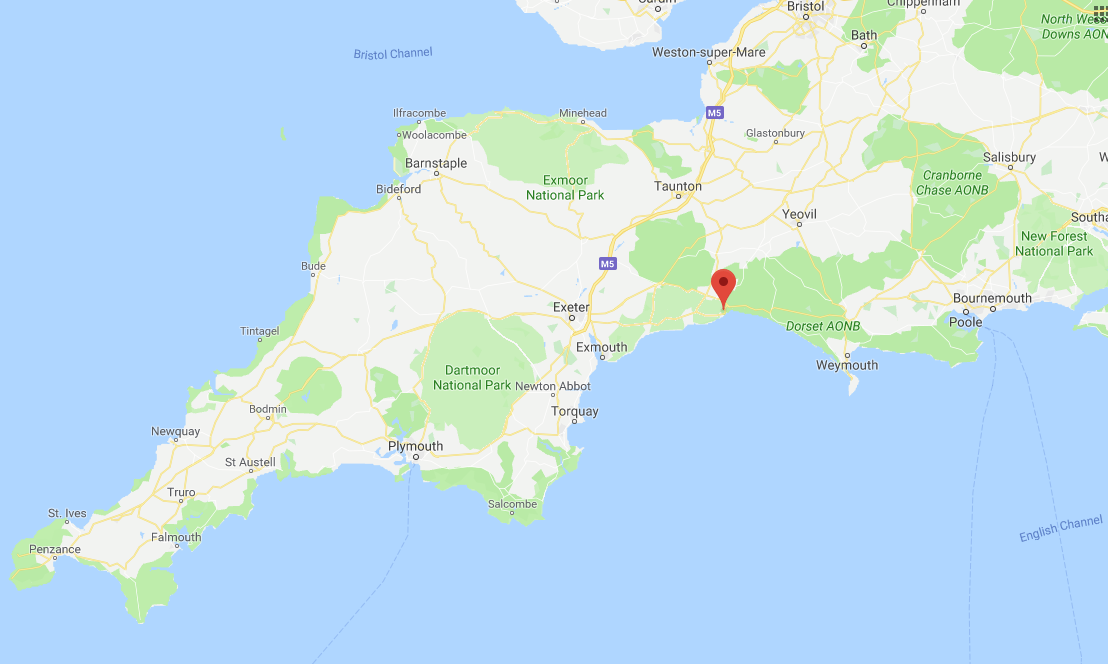 it does look as if someone took a bite from the underside. Meanwhile the "inbite" is a smaller bite taken from the larger bite -- i.e. a large bite, and then a smaller bite deeper in the coastline: 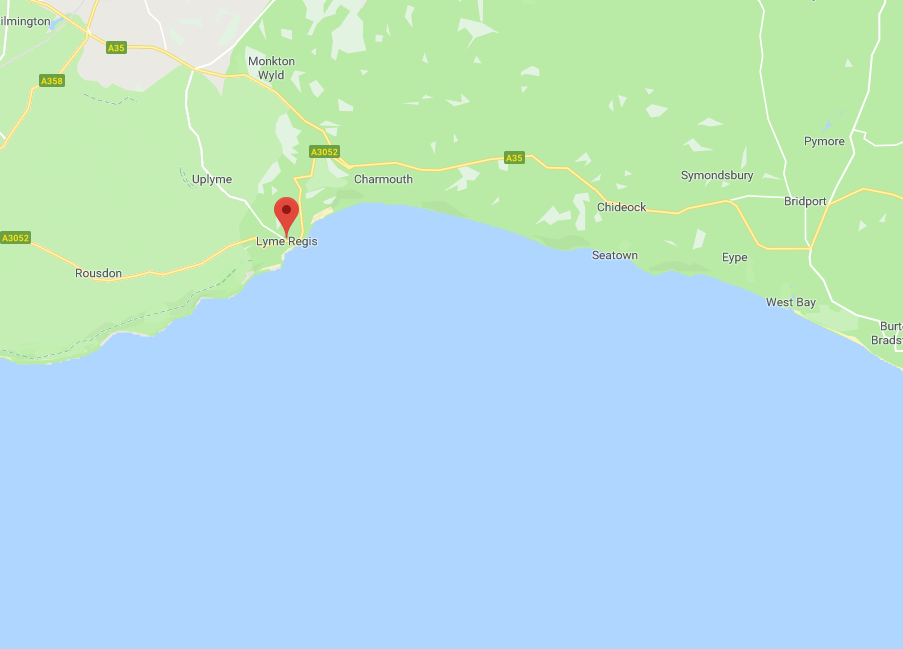 The definite article is used because "inbite" is more or less a proper noun, as it is the name of the geographical feature. The author chose not to capitalize "inbite", which suggests it's an unofficial name that might not appear on any maps.

Not the answer you're looking for? Browse other questions tagged grammar meaning or ask your own question.