Which of the following is more appropriate?

They have three children UNDER the age of five.

The game is suitable for children BELOW the age of ten.

I am really confused about UNDER and BELOW in the reference of age.

Please recommend me a site to go for.

You can trust both dictionaries. It's perfectly fine if you use "under" to talk about age:

It is illegal to sell alcohol to children under the age of 18.

Health-care services are free for pregnant mothers and for children under the age of 6.

And you can also use "below" to mean the same thing:

Children below the age of 12 are the main target group of beneficiaries.

Most industrialized countries have less than 20 per cent of their populations below the age of 15.

The game is suitable for children below (younger than, under) the age of 10 (MW Learners).

The dictionary has put "under" in parenthesis, which means you can use either below or under in the sentence i.e. both are correct.

However, the "under" is more idiomatic and common than "below" when it's used in the sense of lower number, amount, or size than something.

There is very little difference between under and below. They are both prepositions meaning something is lower or less than something else. Generally under is used more widely than below and if there is some concern as to which word to use the safe choice is under.

The word under can be used when someone or something is under control, under new management or under the command of. These scenarios give one person authority over someone and the other person is under that authority. One item is lower or beneath the control of another. Under is used to mean less than in numerical terms. For example, there were under five students in the class. There are numerous expressions using the word under before another word: 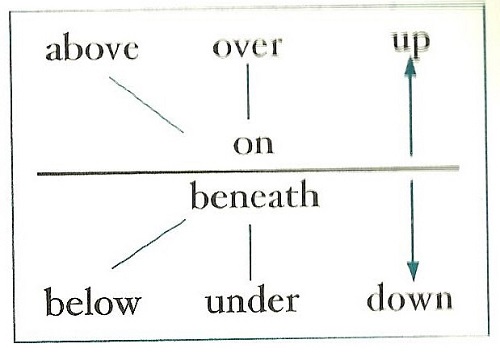 Under stress – feeling pressured by an emotional situation. Under someone’s influence – being controlled by someone else. Under construction – building works that are not completed. Under a spell – being bewitched or controlled by magic. Under pressure – feeling pushed into making a decision. Below is very close in meaning to under and as they are both prepositions they are both used in the same way to describe the position of something or someone. Below is used more often to describe objects on different levels for instance pictures on a wall. One picture may be below the other. Temperatures and water levels are registered below a certain height.

Below is used with words like sea level, surface and poverty line all measures of numerical levels.

Below the surface – just under the top level Below the poverty line – just under the line of being poor and needy. Below sea level – land that is below the level of the sea. The opposite of below is above showing again how this word is linked to distance between things while the opposite of under is over showing the word to be part of a covering. When you go to sleep you lie under the covers.

Both words have some interesting idioms.

Below the Salt: If you are ‘below the salt’ you are being placed in a position below your value. In Medieval times the salt, a valued commodity, was placed in the middle of the table. The head of the table was the highest ranking person so if you were placed lower down at the table below the salt you were less important.

Not the answer you're looking for? Browse other questions tagged grammar prepositions sentence-choice or ask your own question.

5
'more preferred' versus 'preferable'
1
Confusion between definitions
2
usage of “being”
6
What is the reference of “it” here?
1
to/at which is more appropriate here?
1
Time Expressions with “in”
3
Difference between Past continuous and Past perfect continuous
0
Is the sentence, “With more board configurations than there are atoms in the universe”, grammatically correct?