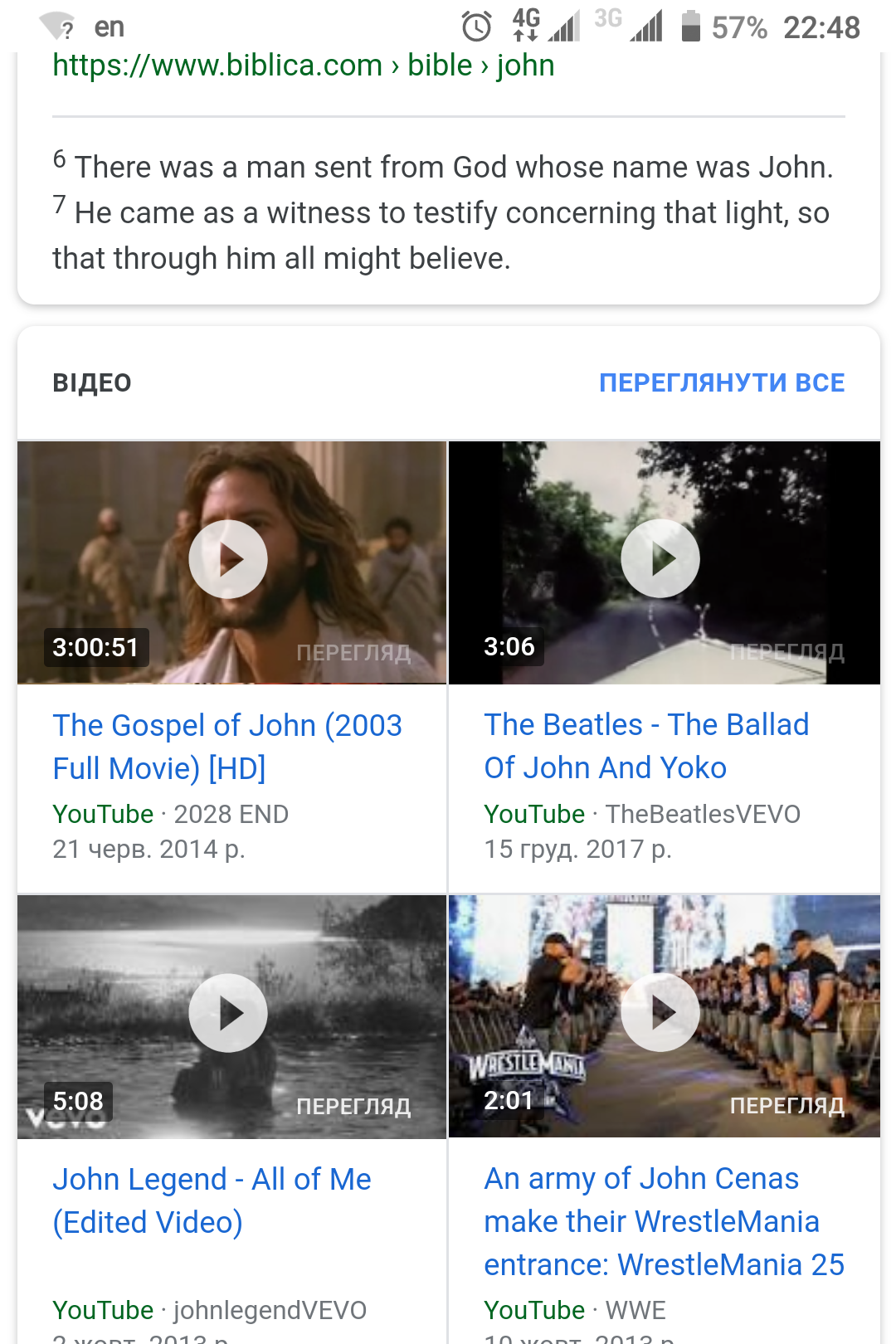 hello, I know that we cannot use "of" with names, my book says " Tina's cat" is correct but "the cat of Tina" is not correct.

but what about the screenshot?

"the army of John Sena"

"the ballad of Paul McCartney "

Saying something such as "the cat of Tina" would be grammatically correct. However, this phrasing is relatively rarely used in conversational English. This is because "the cat of Tina" is considered more formal than "Tina's cat".

Like @SamBC pointed out in the comment, this is not "the army of John Cena", as in an army belonging to John Cena. Rather, it is an army made up of John Cena clones. So this is not an instance where "of" indicates possession.

As for "The Ballad of John and Yoko" (Paul McCartney is not the right Beatle), this is an idiomatic kind of title - "The Ballad of X" means something like "The Tale [Story] of X", as in, a saga about a person (or people), that may be in verse (a ballad is a type of song or poem).

Not the answer you're looking for? Browse other questions tagged apostrophe or ask your own question.