Does "sickness" have the same meaning as "vomitus"?

On our high speed trains paper bags are provided to collect garbage. The following is printed on the bags:

This may be used for waste or sickness

According to the Chinese words on the bags, 'sickness' means 'vomitus' here, but I've never seen usage like this and I cannot find that meaning in my dict. 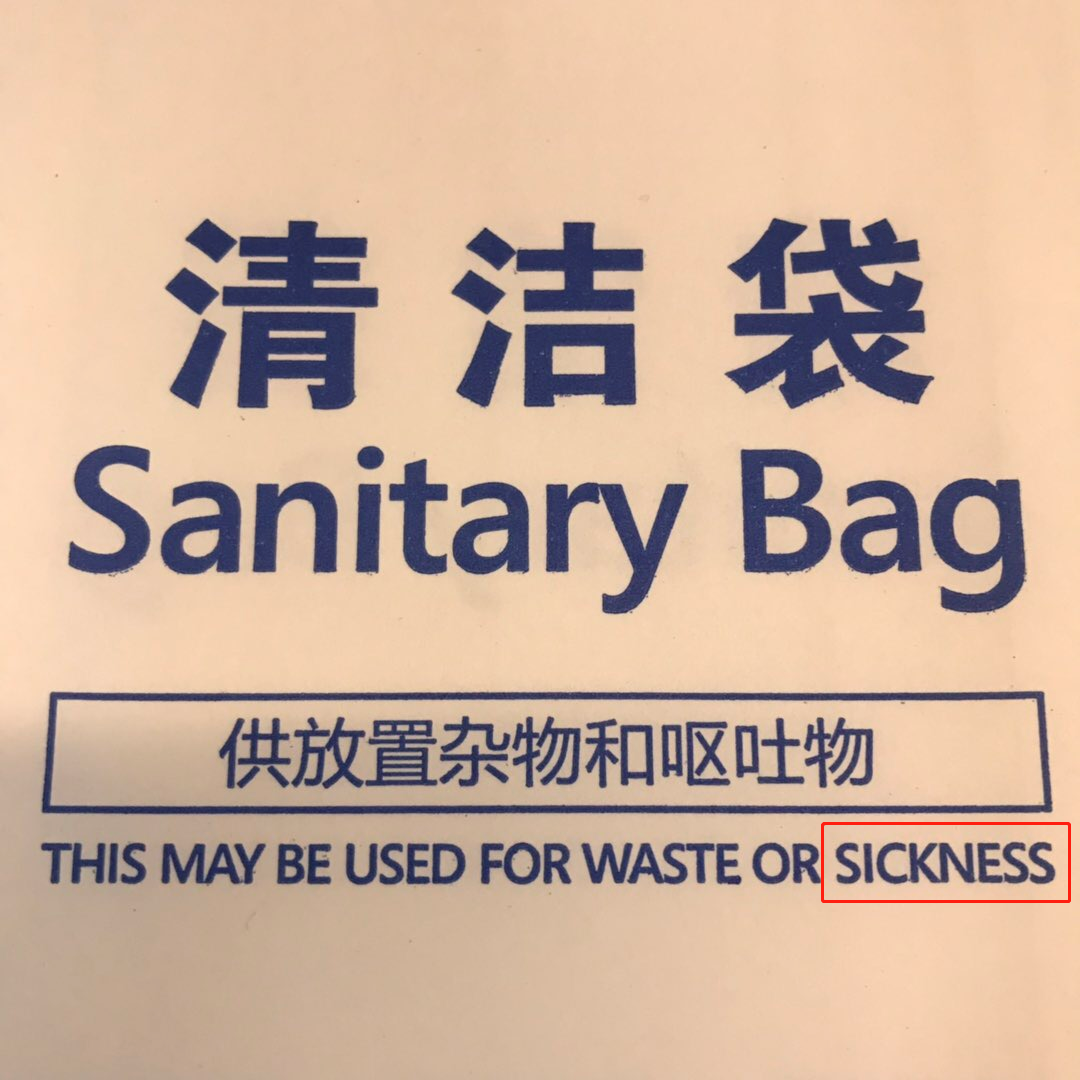 Short answer: Yes 'sickness' here is being used to mean 'vomit' (I see 'vomitus' is in the dictionary, but I have never heard anyone say it other than perhaps a doctor).

Long answer: Technically, 'sickness' does not mean 'vomit', according to the dictionary. It means:

a) A particular illness or malady.

b) The state of being ill.

None of these definitions include the actual act or product of vomiting.

However, the tendency of English speakers to use words which avoid directly describing an unpleasant act or entity when in formal contexts (euphemisms and circumlocution) is being used here to avoid directly saying the noun 'vomit' or 'sick'.

While these sorts of paper bags are universally called 'sick bags' in normal English, it's exactly the sort of thing which often won't get written on them.

I just did a quick Google, and the most common sentences used on the aeroplane bags are "for motion sickness" and "waste bag", both of which avoid saying directly what everybody knows the bags are for.

Yes, and my cleaner at university refused to clean up "sickness" from the bathroom.

So the word has been used as such in (British) English.

1
Does "have a sore head" have the same meaning as "have a headache"?
11
Stative verbs in the progressive
7
Pick Up The Chant
0
Bring...Into Action
0
Does "should not have (past participle)" have the same meaning as "should have not to (verb)"?
1
What does it mean by "take something into the bargain" and the following sentence in this context?
0
What this "May" means?
1
What does "Methinks the lady does protest too much" mean here?