What's the meaning of “spike” in the context of “adrenaline spike”? [closed]

One refers to a spike in a measurement, or a sharp rise (often followed by a fall that may not be as sharp, but is clear). This is because such measurements would be drawn with a moving needle on paper, or otherwise graphed after the fact, and the spike looks like, well, a spike.

An adrenaline dump is also a sharp rise in adrenaline, speaking figuratively as the adrenal glands "dumping" a load of adrenaline into your system all at once.

Both of those terms are 'correct', they are just looking at it from a different perspective.

If you're really being a purist about the terminology, a spike shouldn't be sustained, whereas a dump might be. In practice, they are used reasonably interchangeably, in my experience.

The term comes from the appearance on a graph. There are four main spikes in the following picture.

6 a : a pointed element in a graph or tracing 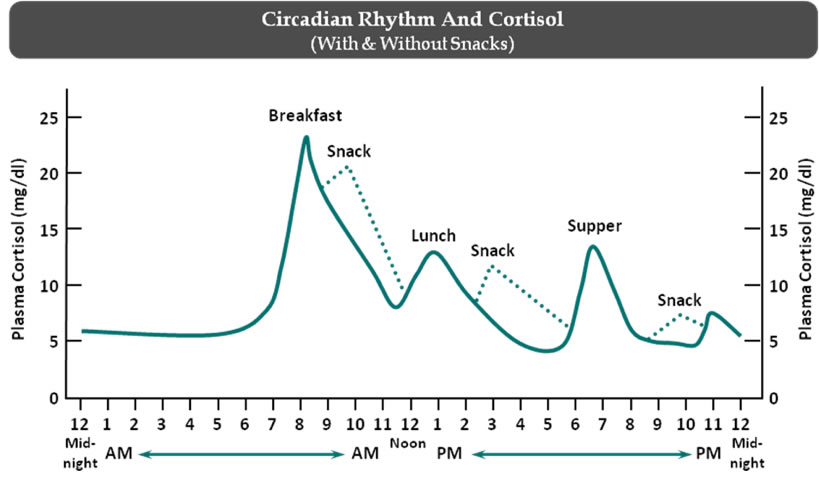 Spike in this context means a sharp increase in the magnitude or concentration of something.

Adrenaline spike would indicate an increase in adrenaline production

An adrenaline rush is when one experiences a sudden increase in the hormone adrenaline (also known as epinephrine). Apparently adrenaline dump has the same meaning, as I see from looking this up, though I’ve never heard dump used in this context. I guess spike (or surge) could be used as a synonym of one of those other words. However, as an American native speaker, the only one I’d say and that I think is most idiomatic is adrenaline rush. Also, if you’re asking what this means, it’s a biological process in response to fear and/or excitement. You might get this feeling while riding on a roller coaster or while skydiving, for example.

In practice, a spike in something really refers to any abrupt increase, even if the decrease afterwards is not abrupt. The visual image definitely is a time-series plot where you would see a spike-like projection if there was a rapid increase and a rapid decrease afterwards. But people are more concerned about the consequences of any rapid increase, so the term came to be used more broadly.

If you imagine a graph depicting the rate of change, rather than the level of the quantity, then an abrupt increase followed by a leveling off or a decline will always look like a spike. But I am not sure people thought it through in that much detail.

Not the answer you're looking for? Browse other questions tagged expressions terminology or ask your own question.

1
What's the meaning of “dump” in the context of “adrenaline dump”?