What's the meaning of “what it means for {something} to be {something}”?

There is this context:

"We are not only talking about change. Rather, we are discussing what it means for an object to be that object. What does it mean for a certain institution to be that institution? When we say that a certain object changes, we mean that it had a certain property beforehand and after the change it does not."

(The Outer Limits of Reason: What Science, Mathematics, and Logic Cannot Tell Us)

I don't get this part:

"Rather, we are discussing what it means for an object to be that object. What does it mean for a certain institution to be that institution?"

I should note that this is a philosophical book and is talking about personal identity.

Explained shortly: We have something. What is special / specific about that something which makes it different from something else, even if they are similar?

Example-1: We have a carrot. What makes the carrot to be a carrot? What is specific to the carrot that makes it different from parsley?

When we say that a certain object changes, we mean that it had a certain property beforehand and after the change it does not.

Example-1 (Cont'd): We have an orange carrot. Even if we look at a purple carrot, it is still a carrot, it still cannot be confused with parsley or celery. So, in spite of changing the color, the nature of the carrot did not change.

So, the nature of the object (the carrot) is not changed, even if some change occurred (the color).

NOTE: We assume (most likely, against scientific knowledge) that an orange carrot can become purple. Artificially it may be possible, by feeding it some pigmented water.

Example-2: A child (human) transforms into an adult (human), but the nature (human) does not change. 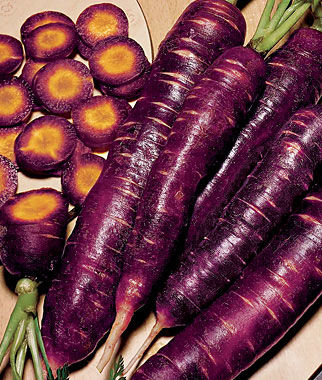 If your confusion is over the repeated use of the same word (“object”, “institution”) replace “that X” with “itself”.

Rather, we are discussing what it means for an object to be itself. What does it mean for a certain institution to be itself?

Another way this question is often phrased is

In other words, what defines an object’s identity?

For example, what it might mean for a (specific) phone to be a (instance of the more general pattern of) phone, might have to do with having some sort of number selector on it which I can use to conduct a verbal conversation with someone very far away. "Is the communicator in Star Trek a phone?" Well, I wouldn't say so, because even though it facilitates verbal conversations with people far away, it doesn't use a number selector to do it.

Now, what your author is appealing to with the next sentence is a very old notion of such linguistic patterns, dating back to at least Aristotle: the idea is that we define our patterns with some sort of properties which the things that inhabit them all have. Socrates in Plato's dialogues also seemed to be very careful about wanting to understand language this way, and it demands a sort of mathematical precision. That is, if you want to understand what makes a thing a thing, you need to give me an "every-and-only" definition: give me one property that everything which fits that pattern has, and another property which only the things which fit that pattern has. Every electric guitar has a bunch of strings stretching over a fretboard and a broad flat body about the size of the player's midsection, but only electric guitars have the strings passing over a set of electromagnetic pickups that can be connected to an amplifier. You identify the pattern with these sorts of properties.

But then there is a much newer notion which this author is probably very aware of, probably beginning with Wittgenstein (but there is very little that is new under the sun so maybe not). This deals with a lot of ambiguity, for example, if you define a "chair" to have a certain size scale for humans to sit in, do you run into problems calling the "chairs" in a dollhouse as "chairs"? What about if an artist makes one the size of a six-story building so that you need to use a staircase to get onto the surface to "sit on" it? Did you make the mistake of including in your every-and-only definition a back for the chair? Because there are many chairs that do not have backs. Maybe you stated that the chair was used for keeping a person still in a semi-reclined position or something like that -- did you forget about rocking chairs where people do not remain still in them? Is a swingset a pair of chairs? If not, and the difference is that a chair must support you from the ground, what about the folklore of the guy who tied a bunch of helium balloons to his lawn chair to "soar" and brought a gun to shoot them to return back to the ground -- surely that chair was suspended from a hanging position rather than supported by the floor. Did it stop being a chair during that time?

And so this notion still likes these properties, but views patterns as much more "fuzzy" collections of those properties. A pattern contains a bunch of themes and the cases in which we'd apply the pattern resonate with some of those themes strongly but might be missing out on the other themes. A cat generally has fur and whiskers and four paws and a tail and a squat face with two eyes, and a particular configuration of its DNA -- but a cat that was born with an extra chromosome, or a birth defect that caused it to lack forepaws, or that burned its whiskers off saving its kittens from a fire, is nevertheless still a cat. No one property is necessary, and what is sufficient is a certain density of those properties, so that we might say that some abstract-expressionist painting is "of a cat" even though the only hints of that cat are some lines that could represent whiskers and some inverted Vs that could represent pointy ears.

0
What's the meaning of “what it means for {someone} to be in some place”?