What do you call a Matrix-like slowdown and camera movement effect?

I think there's a scene in The Matrix where Neo does a bullet dodge in slow-motion and you also see the camera rotate around Neo, what do you call this effect?

The ____ when Neo dodges bullets in slow-mo was cool.

It's known by various terms, though the one I've heard used most often is bullet time. There are other names listed there - frozen moment, dead time, flow motion. It's even used in adverts on TV, these days.

It's generically referred to as MoCo, or motion control photography.

Pioneer and inexpensive solutions are realized using multiple cameras, an exception being Intel's FreeD or True Vue which uses two cameras at each spot to create 3D volumetric pixels, modern and professionally priced systems use a single high speed camera on a robotic arm.

Regardless of the hardware, post processing, and software used the motion being recorded is controlled by getting the shot in real time from the desired position.

This can be used when it's expensive to recreate the shot or to recreate the same shot with different actors and objects, allowing them to be combined in post and appear as though the shot was made normally by one camera (and an agile camera operator). Occasionally the same actor will appear multiple times in order to be their own twin or past/future self.

Intel's True Vue technology uses two cameras at each spot and a ring of 30-50 pairs around the area being captured, often a stadium, to produce 3D voxels. This allows them to smoothly interpolate between the pairs, even to take the field for a player's eye view. Intel uses JAI industrial cameras.

The slowdown is created by filming at high speed but the camera tracking is called "motion control". The term "bullet time" was popularized due to the use of the effect in the movie The Matrix, most uses of motion control (MoCo) don't involve firing bullets or CGI and multiple cameras. Modern MoCo uses one high speed camera mounted on a robotic arm. 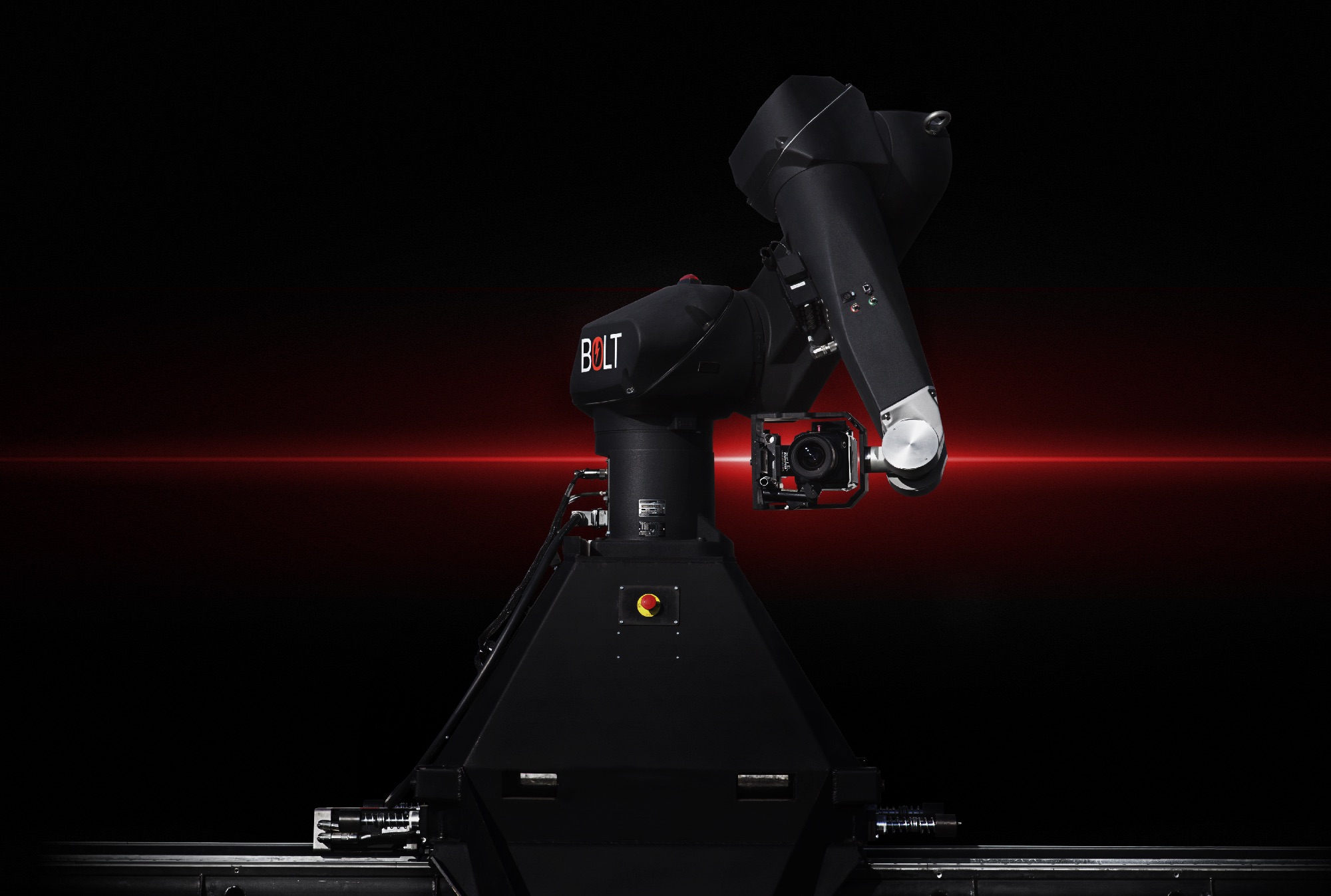 Using one take, one bottle, they were able to obtain three shots and refocus the depth of field for each one. This clip was extracted from the Mr. MoCo "Bolt Stiller Show Reel" and was cropped and trimmed to fit within the upload parameters.

The camera rotation part of the effect is known as an "arc shot." The first five results on on this search results page will give you information on "arc" shots. SamBC has already given you a link for the bullet slowdown effect.