What does the phrase “overcook a hairpin left” mean here?

Here is a sentence from a racer game:

You might use reset button frequently as you overcook a hairpin left.

I am clueless about the phrase "as you overcook a hairpin left".

Overcook is a term from racing, as would be appropriate for a racing game. The OED notes this definition:

transitive. Sport (esp. Motor Racing). To approach (a bend, etc.) at too high a speed, esp. so as to cause a loss of control. Also with it.

You can find examples of it in articles and books about cycling, aviation, and even railroads, but it likely originated in motorsports, where heat is associated with speed, as in terms like hot lap. Since the original sense of overcooking was to cook too much or for too long, overcooking a turn is an extension of the metaphor, indicating excessive or imprudent speed.

You can find, for what it's worth, a few examples of undercooking a turn, which by the same metaphor would be approaching a turn with insufficient speed to sustain it. This might not apply to auto racing, but would be significant in aviation, motorcycling, or speedboat racing, for example.

A hairpin left refers to a hairpin bend (hairpin turn, hairpin curve, etc.) to the left, a very sharp turn which makes the profile of the road or track resembles a two-pronged hairpin, specifically, what is known as a bobby pin, hair grip, or kirby grip in different parts of the world. 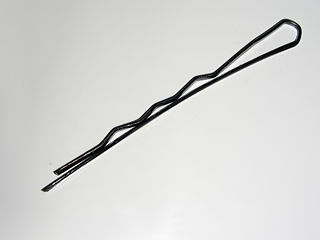 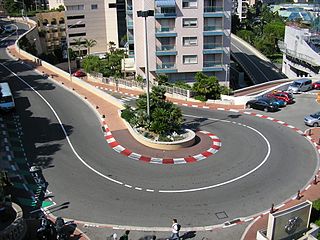 Thus, to overcook a hairpin left is to enter a hairpin turn recklessly fast, a serious misjudgment that will lead to a crash or other disaster. In a racing game, this might be something that causes you to hit the reset button because the game has ended and you need to to start over, or perhaps out of frustration.

The hairpin refers to a hairpin turn - a very sharp turn, generally turning right back on yourself, so as to describe the shape of a hairpin. A hairpin left is a hairpin turn to the left.

Overcooking a turn seems to be a term that's widely used but not widely explained, but it certainly means doing something wrong on the turn, and as far as I can tell it looks most likely that it means going into the turn carrying too much speed, meaning you can't follow the racing line - or even possibly stay on the track without slowing down more than you want to, losing engine revs and momentum.