What do you call the holes in a flute?

I am wondering if the holes in flutes have a particular name. I am assuming that all wind instruments share the same name for their holes, but I am not sure what it might be.

StoneyB has given you the basics and I mainly agree with him (except I've always spelled tone hole as two words), but here's a bit of illumination.

I am a flutist (you can call me a flautist if you pay me more) and here is a picture of my concert flute, with which I used to play in orchestras when I was younger: 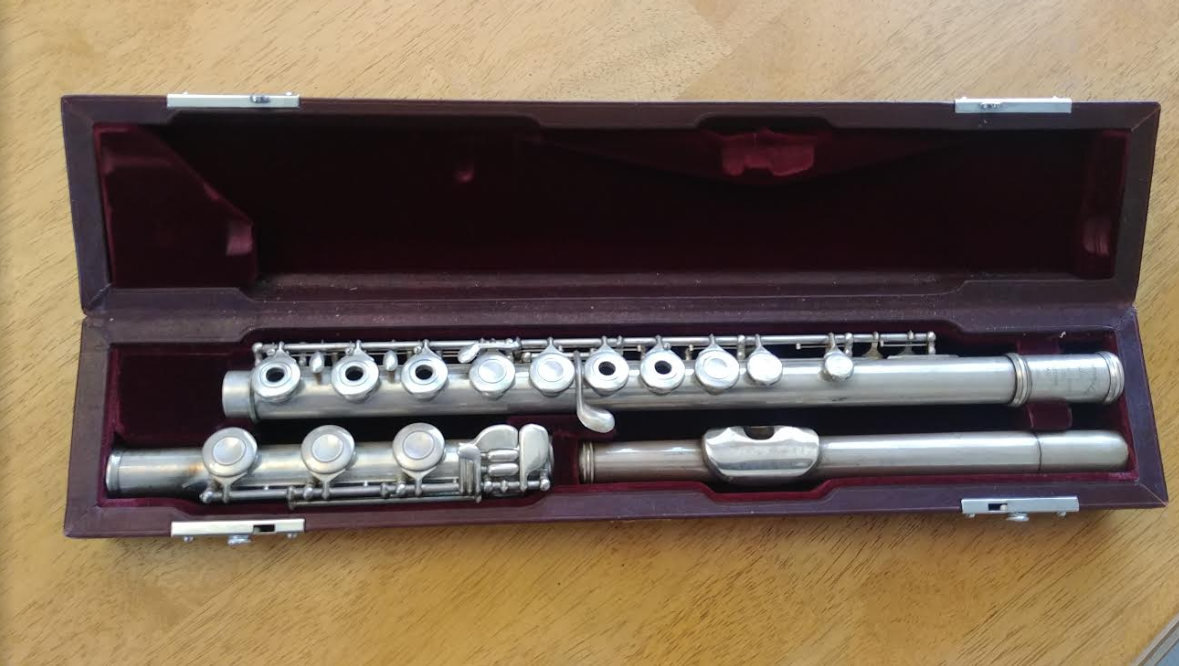 You may be surprised to learn that there are two kinds of holes for that instrument: the tone holes, which are covered by the padded keys, and on certain keys there are holes in the keys themselves. (This is true for clarinets and a few other woodwinds as well, though not saxophones and not the bass versions of woodwind family).

The holes in the keys are there to ensure correct finger posture, and a flute with these "perforated" keys is called an "open-hole" or French model flute.

I have never heard the holes in the perforated keys called "finger holes," but it's possible they are called that in languages other than English. That designation is reserved for a flute that has no (or few) keys, like a Baroque flute, the unkeyed holes of which are called "finger holes" because the fingers directly cover the tone holes.

Holes in wind instruments which control pitch are generally called toneholes or tone holes, but this term is often reserved for holes covered by pads operated by "keys". Holes covered by the fingers are fingerholes or finger holes.