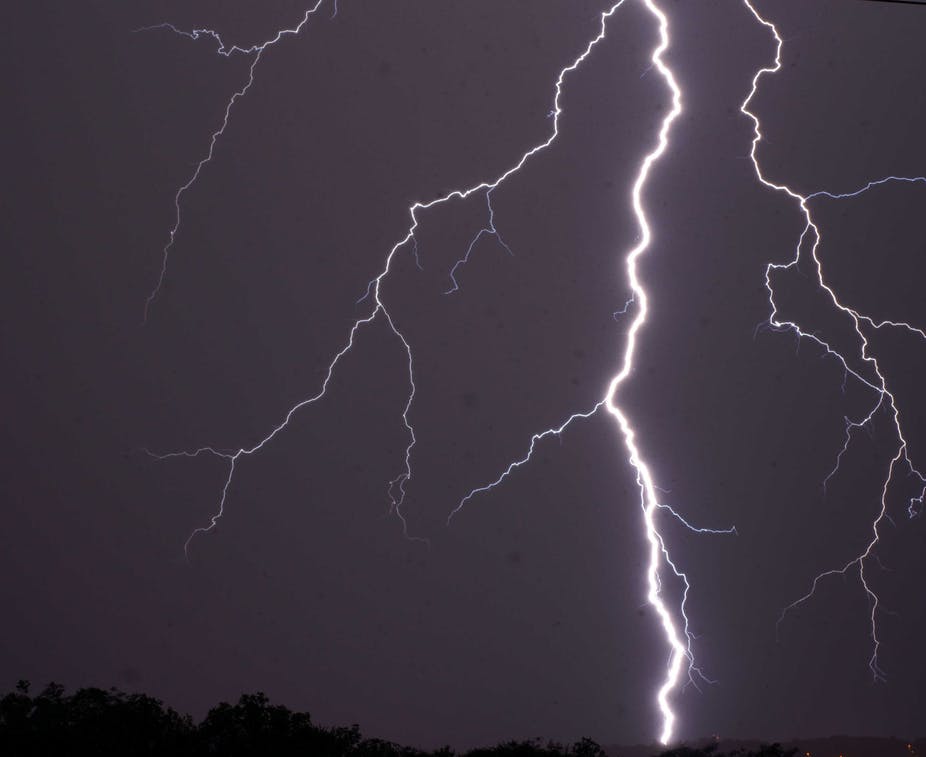 When dark clouds touch each other in the sky when it's about to rain and the whole sky lights up, does the sky start lightning or does it start thundering?

I did a quick research on Google images, and it shows that lightning and thundering are the same things. This is confusing even in my native tongue (Portuguese). We also have different words for describing what happens to the sky when it rains, but people mix them up all the time.

You are confused on the types of words.

There is a noun "Lightning".

Lightning is a huge spark between clouds.

Then there is a noun "thunder"

You can see the lightning before you hear the thunder.

It is possible to use "thunder" as a verb (meaning to produce thunder), but it is normally used metaphorically. It means "shout", or make a loud noise.

The train thundered by.

Similarly "Lighting bolt" is the literal bright spark of electricity. "Thunderbolt" is the same, but tends to be used figuratively.

A lightning bolt struck the tree in our garden, setting it on fire.

Zeus is god of the thunderbolt.

The news of the king's death hit her like a thunderbolt.

Use of "lightning" as a verb is non-standard and childish.

Mommy, it's thundering an' lightninging an' I'm scared!

You don't say "the sky starts lightning'. Lightning is a noun, meaning an electric discharge between a cloud and another cloud, or a cloud and the ground. Thunder is the sound you hear because the air is heated suddenly by the lightning. They are not the "same thing". Lightning is what you see; thunder is what you hear. You can't have one without the other. A thunderbolt is a flash of lightning so near you that you see it and hear the thunder at the same moment.

Not the answer you're looking for? Browse other questions tagged american-english word-difference or ask your own question.