Is it possible to know the meaning of "She upended the chessboard." without a context

Is it possible to know the meaning of "She upended the chessboard." without a context, because of upending means "up..." and "down..." that depends on the context.

For example, here https://dictionary.cambridge.org/dictionary/english/upend?q=upending we have the sentence:

I figure out, to start a new game, somebody must say:

My question is about the possibility if that possibility exists, that same syntax (upend) can have the opposite meaning, not different but opposite. I am expecting the answer "Yes" or "No" and some examples.

But does these "The vase has been upended (overthrow, topple, bring down, knock down, fell, upend), please upend (straighten, hold up, upend) it to stay like before." explains why I ask the question? Why "upend" is in both of this group of verbs?

None of you have thought: "Why somebody has been translating 'upend' in some other language like that? Is there somewhere something in the real world of a native speaker reason for that?

The meaning of "She upended the chessboard" is very clear to me. She suddenly lifted one side of the chessboard, causing all the pieces to be knocked over or otherwise move away from their positions. It is possible that all of the pieces fell off, and were scattered across the table and/or fell onto the floor. It is also possible that she lifted the side of the board enough to cause the board to completely flip over.

The original poster noticed that "upended" can be translated into opposite terms in Croatian: oboriti means "overturn", whereas uspraviti means "uphold". Notice that the initial action in "upending" is "lifting one side" of the object, and the overall effect is to "overturn" the object. Thus, oboriti is the better translation of "upend": It describes the intent and effect of the verb. Whereas uspraviti is too literal a translation; it only translates the "lifting" part of the action, not its intent or effect.

It is possible that "She accidentally upended the chessboard." For example, somebody might have bumped into her chair, causing her knee to strike the table, causing the chessboard to be upended.

In the dictionary example, "halfway" modifies "through the game", not "upended".

If she was halfway through the chess game, and then "She upended the chessboard because she was losing", then it is safe to assume that "She is a sore loser." Her actions are consistent with someone who is frustrated about losing, and does not have control of her temper.

If she had wanted to politely agree that her opponent had won, then she could have either said "I resign", or flipped over her king. Then she could have said, "Let's start a new game", or asked something like, "Play again?" or "Do you want a rematch?" or "Best two out of three?"

You have made an assumption that the second sentence

is a valid thing to say. If someone upends a chess board, you almost certainly won't be starting another game.

OP: I figured out, to start a new game, somebody must say:

Answer: To start a new game, it seems that what is meant is to "clear the chessboard of pieces". Yes, you could upend it and the pieces would all slide down as given in the Cambridge example which would indicate annoyance or anger. If you upend the board and the pieces fall off, that is rather brusque.

To start a new game, you need to clear the pieces off the board or clear the board of pieces. You might upend the board, but it's somewhat messy and you definitely would not do that if you are playing in a park with people you don't know. It would probably be considered rude.

Upend means that one end of some thing rises vertically into the air or is placed or pushed vertically up.

To illustrate upend, here is an image: 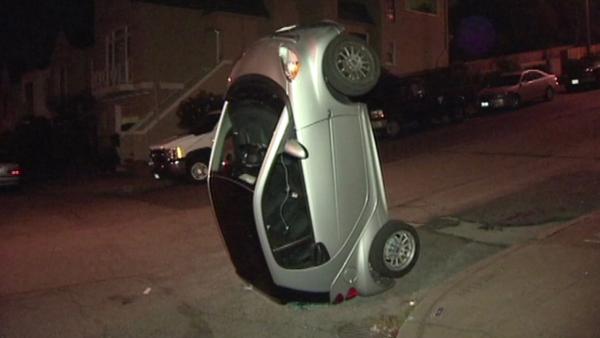 There are several good answers here already. To address the example at the end of your question - whether this makes sense in English:

I don't think so.

Please upend it to stay like before - this part doesn't make sense to me. I wouldn't use upend to mean going from __ to | - only the other way around (as in the first part of the sentence). I think instead you should say "Please set it back upright" or "Please put it back upright".

Not the answer you're looking for? Browse other questions tagged american-english .

0
How I'll know when to use "need" like modal like here "you never need attend to that thing again"?