Open to or open for further discussion?

This is a bit similar to another question already asked but I think the context is somewhat different.

I was taking a sample Cambridge CPE test and one of the tasks involved was to change a sentence using a given word, changing neither the sentence's meaning nor the word's.

The manager refused to discuss his decision further.

The word to use was "open".

The manager stated that his decision [insert answer here] discussion.

The manager stated that his decision [was not open for further] discussion.

The answer key says [was not open to further].

Was my answer also correct or not?

word-choice prepositions
share|improve this question
edited May 6 '19 at 11:36

Yes, your answer is correct as well. To get a feeling for how often certain phrases are used, you can use the Google Ngram Viewer:

Of course, this doesn't tell you that the phrases have the same meaning; for that, you can click on the links below the graph which show a few samples where the phrase is used, with the same meaning as your exercise. 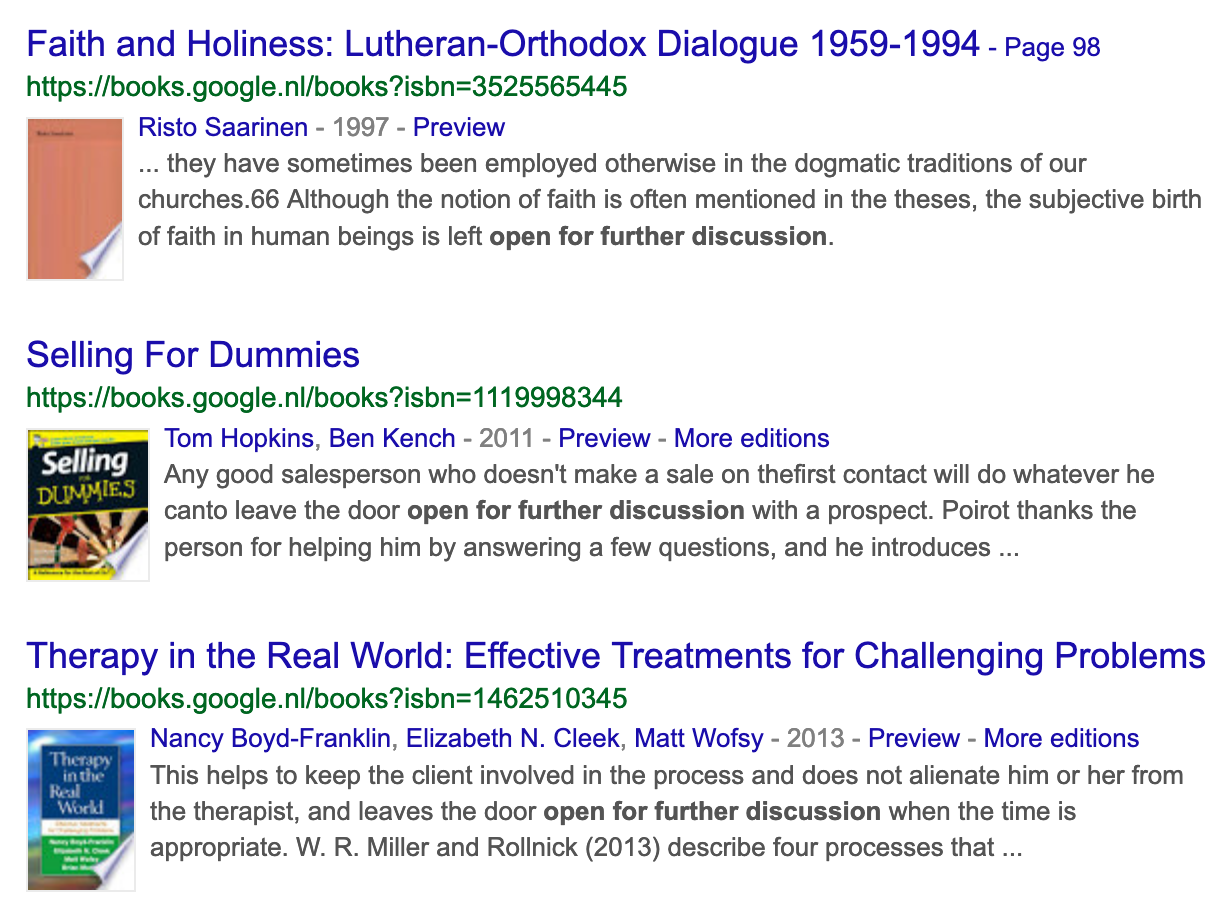