Can “standard” be used to mean “form”?

In my notebook, in the index section, there is a blank for "std."(most probably an abbreviation for "standard") alongside name blank. But, I couldn't find any dictionary defining "standard" to mean "form". So, is it a wrongful misconception of the word? Any help would be appreciated. 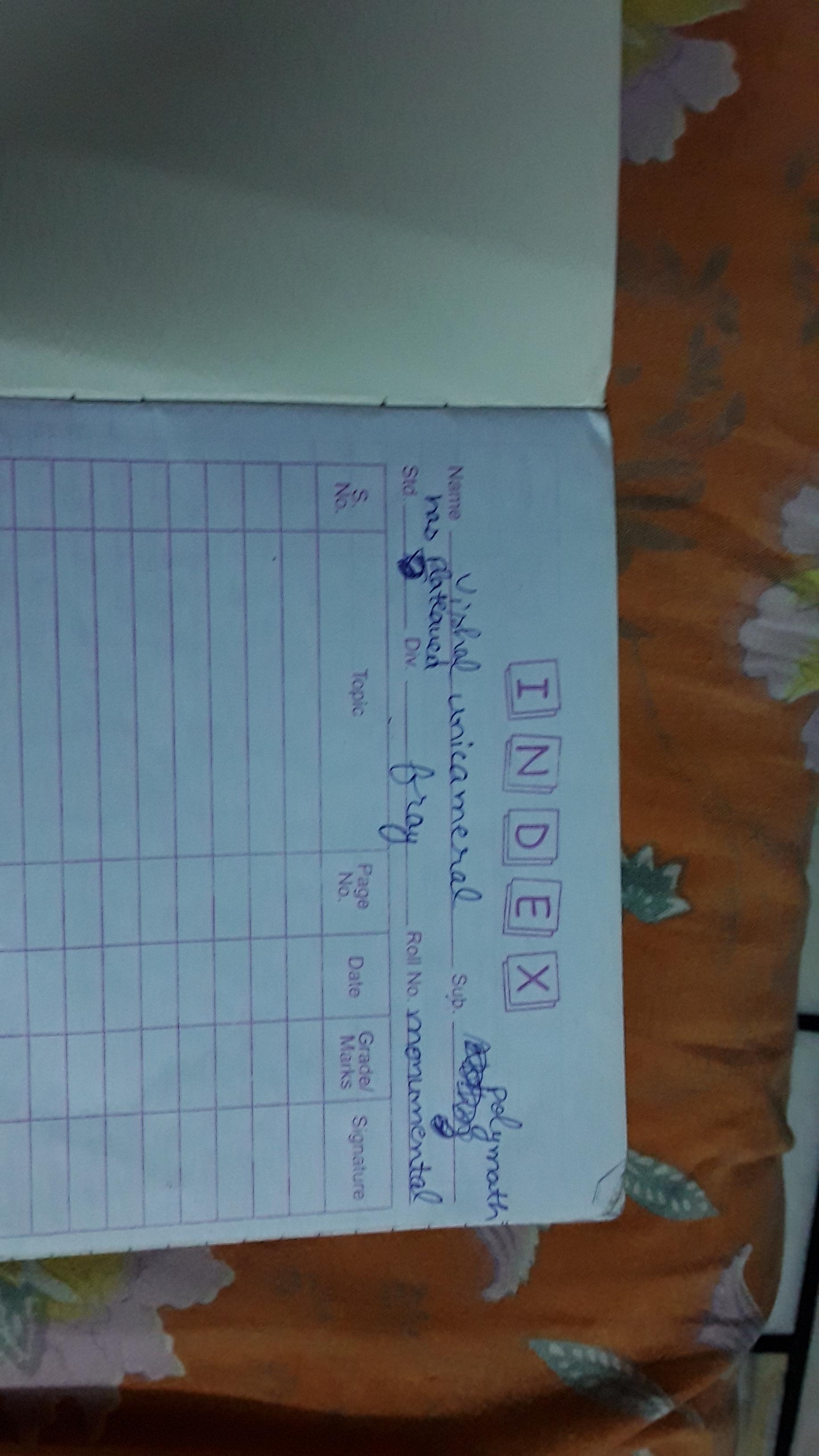 standard n. 12. b. In British and Commonwealth elementary schools: Each of the recognized degrees of proficiency, as tested by examination, according to which school children may be classified. Also transf., the form or class in which pupils are prepared for a particular standard.

DH Lawrence used in a a sentence "She made friends with the Standard Three teacher" (The Rainbow, 1915), and this would make sense given your photograph. But I think it's dated usage, certainly for the United Kingdom.

I've never heard this in England, but perhaps it's still common elsewhere. We do use "Studied mathematics to A-level standard, but that's slightly different:

12 a. A definite level of excellence, attainment, wealth, or the like, or a definite degree of any quality, viewed as a prescribed object of endeavour or as the measure of what is adequate for some purpose; spec. the proper or correct quality.

I see the owner of the book is Vishal. The term 'Standard' is used in the Indian education system, in the same way as 'grade' in the US or 'year' in the UK. After nursery and kindergarten, a pupil joins the school system in the 1st Standard, at age age 5 or 6. Each year the pupil advances one Standard - to the 2nd Standard at age 7, and finally the 12th Standard at age 17. Sometimes the standards number is expressed in Roman form: I to XII.

A grade can be well you do against a standard, but it's not the standard itself.

3
How to write this sentences in a work proposal?
1
How do I choose the most proper word from several synonyms?
0
using the term image in different contexts
1
Take a medicine or take a pill?
0
Can “help me do something” mean “do something for me”?
3
How can i use word “outclued” in English language?
0
couldn't vs wouldn't
2
“understandable” vs. “comprehensible” - is there a difference in meaning or style?
0
Combine singular and plural form of 'party'
1
What does “under the standards of” mean here?