What does “say this of” mean?

Speaking to a group of donors and lobbyists in Washington on Monday night, Joe Biden said this of the Republican Party post-Donald Trump:

With a strict search of "said this of", it prompts the news. Is this a news term? 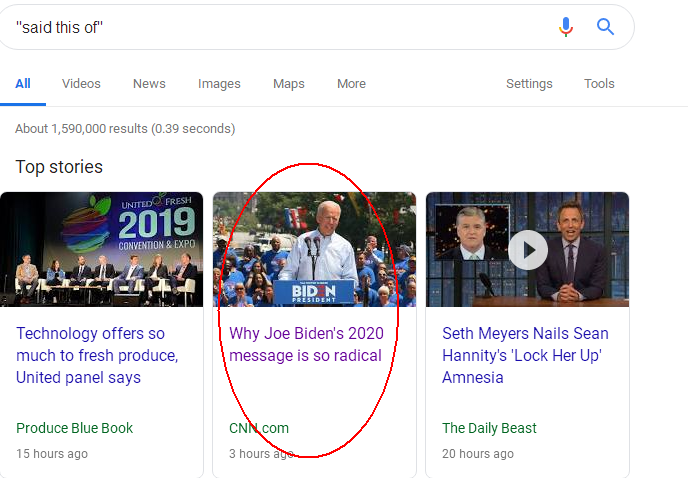 The phrase is being used to set up a quote. It tells the reader in advance who heard the quote, when and where it was said, who said it, what/who it was about, and then finally what the actual quote is.

Speaking to a group of donors and lobbyists in Washington on Monday night,

Informs us who the quote was said to, when, and where.

Indicates Joe Biden is the person being quoted, and the subject of the sentence.

of the Republican Party post-Donald Trump

Indicates who/what Joe was speaking about; the object of the sentence.

Is the actual quote.

This kind of phrase is used primarily in News, especially about interviews, where there is an established topic, and the reporting is expected to express the who/what/where/when/how of an event.

Often with Interview reporting, it is used to give the audience an impression of the question that was asked, without actually saying it, as you might with a full transcript of the interview. Its also helpful when the interviewee does not actually answer the question, but says something you want to quote.

4
Are these old-fashioned? 'drink of' and 'say of'