Is the term 'Invalid' applicable for human beings?

As I was reading a novel 'What Katy Did', I came across an interesting mention of the word Invalid.

His wife was said to be an invalid, and people, when they spoke of him, shook their heads and wondered how the poor woman got on all alone in the house, while her husband was absent.

For me, it sounds off. Can invalid be a valid word for human beings?

invalid there is a noun.

invalid (n) - Someone who is incapacitated by a chronic illness or injury.

Having this said, his wife seems to be very sick, in a crucial condition that might have made her incapacitated.

Now since there's discussion about the degree of being incapacitated (which makes you ultimately invalid), I'm adding a bit to improve this answer.

Here is another reference from OLD:

invalid (n) - a person who needs other people to take care of them, because of illness that they have had for a long time.

Now, if you look at both the definitions, you see that the term invalid ranges from someone being assisted by others to walk, eat or do routine activity to someone who is permanently bedridden (as in the last stage of cancers). Contrary to what Doc and FumbleFingers, it is not always necessary that invalid person is so so so sick that he/she is on the deathbed. And, I'm a doctor and have come across many such patients with chronic illness (in fact, have worked in hospitals that only take such cases).

The OLD further explains it in its example:

delicate (n) - (of a person) not strong and easily becoming sick

That's where the WordWeb definition fits in. Invalid is someone who is incapacitated - not able to perform their tasks because of illness that has brought weakness. Here, the child does not necessary to have Ryley's tube or Folly's catheter as Doc mentions.

On the other hand, invalid does not always mean that the person is just incapable to do things and is not so critical. That's why I said, the term applies to incapacitation and this varies from degree to degree depending on the illness that person has. 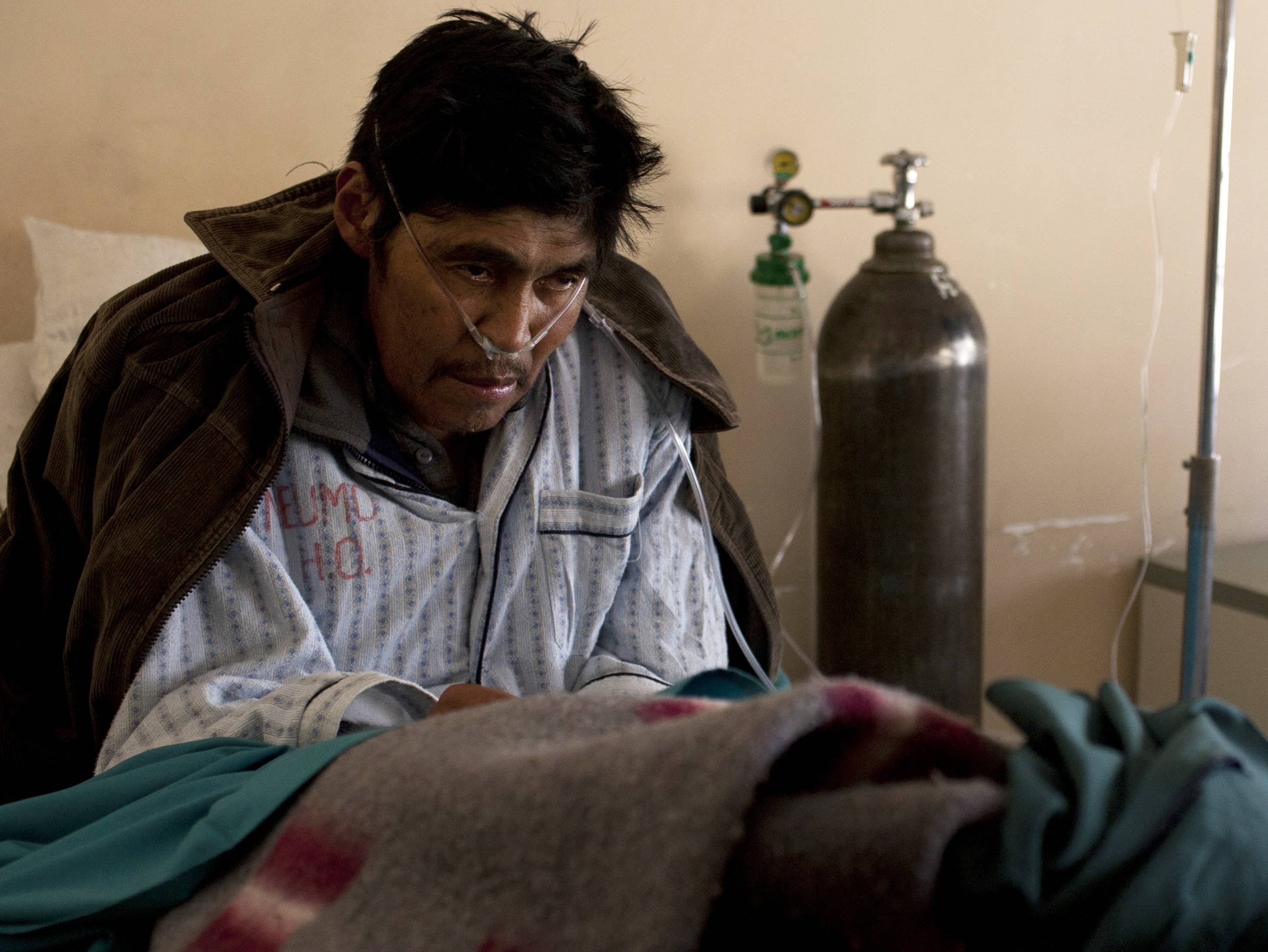 If you see Saturnino Soncko (a person working in the silver mines of Cerro Rico), he's certainly invalid but I can still argue and deny calling him invalid as at least he is not that incapacitated! In that picture at least he is sitting without any assistance whereas invalid requires support even for this, don't they? They certainly do I see the woman every day. She is an invalid and cannot move anything other than her eyes.

Again, invalid is certainly a serious condition but it varies in degrees or severity depending upon the type of illness. I'm not sure to apply partially invalid or completely invalid for that though it might make better sense.

An invalid, pronounced with stress on the first syllable, is a person with a disability. The word is not used so often nowadays.

It is a noun and a different word to the adjective invalid, pronounced with stress on the second syllable, which means not valid.

The most common usage (adjectival invalid = not valid) has stress on the second syllable. In principle this sense could occur as a noun ("We sorted the ballot papers into valids and invalids"), but this would be considered creative/non-standard usage.

But there's also adjectival invalid = in poor health, where the stress falls on the first syllable. As per OP's example, this is also often used as a noun - [an] invalid = [a person] in poor health.

It's not in the least a "politically incorrect" term. Anyone who thinks that may be mistakenly conflating it with handicapped = affected with a physical or mental disability (which is often considered offensive today, and tends to be replaced by disabled).

It's also worth pointing out that the term invalid car (aka invalid carriage) probably does have negative connotations. But that's mainly because (in the UK, at least) they were often seen as cheap, unsafe, and demeaning (for several decades, the UK motability scheme has provided disabled people with specially-modified versions of standard cars where practicable).

As the NGrams for my invalid mother and mother is an invalid show, usage has remained fairly constant over the past half-century. We don't often use the adjectival form my mother is invalid, but this is simply a matter of idiomatic preference, not "grammar".

The poor health sense also occurs (relatively rarely) as a verb meaning cause to be/treat as an invalid - often in passive constructions including a "destination", such as the patient was invalided home, the soldier was invalided out [of the war].

As Maulik's answer indicates, invalid carries the sense of infirm, enfeebled, or disabled as a result of chronic illness or injury. Political correctness aside, there's no clear-cut distinction between the two - but in general, invalid is more strongly associated with illness/health problems arising later in life, whereas handicapped is far more likely to be used in respect of congenital disorders (birth defects).

There's a lot of French in English. If you ever get to Paris, there is a very famous place called Les Invalides and the reason it is called that is because it has a military hospital on the site. The invalids in question being war wounded. Oh, and Napoleon is buried there in the midst of the invalids because to be an invalid was very honourable indeed. So while you see the term as demeaning or even shocking, others see it quite differently.

But the term also applies to civilians.

Today as you go around France, you might be baffled to see parking spaces or train seats reserved for G.I.G. and G.I.C. In both cases the 'I' means invalides.

English can be very mealy-mouthed viz the movement from invalid to incapacitated to handicapped to disabled to mobility challenged.

In Russian language, 'invalid' term is applicable exactly to human beings and means the disabled human. I suppose it might be so in another languages, so there's question if the mentioned book was translated to English from another language.

Similar in general, but different in particularities meanings are typical for the words borrowed from another languages

'Speculation' means something like pondering, contemplation, thinking in English, but in Russian it means only the buying something cheaper and sell expensive thus making the profit (it was reason to be jailed in Soviet times BTW :) ).

Origin is obviously the same but the usage survived for one particular meaning.

So for the word 'sympathy' has nothing common in its Russian analog with condolence, compassion - it means only something like attraction, appeal, affection.

And many another words which are borrowed tend to mutate in another languages acquiring slightly deviated meaning. Sometimes in the translated messages I noticed the misusing of such words when the interpreter translated it from English literally and it sounded off in Russian. I guess it might be a case for the discussed example as well.

Not the answer you're looking for? Browse other questions tagged nouns .

0
Term for one "story"/"node"/"item of news"
1
Can the term "vicinity" become the subject?
1
Alternative for 'delay' term in case count - not time - does matter
1
Correct term for a one-person business
1
Is it normal to describe a Human being by a Non-Human thing with the verb BE?
0
A term for an island reclaimed from sea by adding sand
0
Is it fine to use "who" for non-human "parent"?
0
Grammar name/term for plural nouns when speaking in a general sense