How should I understand the preposition “for” in “She is Miss Asia for 2006”?

This sentence "she is/was Miss Asia for 2006" is actually slightly ambiguous, although not in a way that makes a difference in this example.

I don't know the name of the grammar rule, but it's because 2006 has a Miss Asia (exactly one Miss Asia I assume), and the sentence is asserting that she's it. I guess it's derived from "for" meaning "on behalf of".

"For 2006" indicates that the event occurred for the full duration of the year. So "I was employee of the month in 2006" means I won it at least once in that year, but I don't specify which month(s). "I was employee of the month for 2006", if it means anything, suggests that I won it 12 times in a row. Since Miss Asia is a yearly contest, there's no such difference in your example.

I don't know when in the year the Miss Asia competition is held, or when the office officially changes hands. It's possible that Miss Asia 2006 does not in truth hold the office for the calendar year 2006, but would be natural to permit that inaccuracy anyway. "For 2006" might be understood to mean "for the competition year 2006-7 running from when she won it to when the next one was held". Or it might be that Miss Asia 2006 is chosen in 2005 and takes office on 1st January. I really don't care ;-)

With this second meaning, you would only say "she is Miss Asia for 2006" during 2006, or before 2006 if she's the Miss-Asia-elect who hasn't yet taken office, or when using the historical present. In 2014 you'd normally say "was".

This is an example of "for" used to mean "on behalf of."

Miss Asia is a yearly contest (actually there are several different Miss Asia contests with slightly different names, run by different organizations; presumably this is just referring to whichever one is the most influential). There is one winner — a titleholder — selected each year. Pageant winners in particular are thought of as representing that particular year, since they're often called on to show up at civic and promotional events during their "reign."

Here's a similar example that demonstrates this usage more clearly, by using a place rather than a time:

"She is the company's supply chain manager for the southwestern US."

The choice of "for" creates a strong association between the geographical region and the job title. It's another way of saying "She is the supply chain manager responsible for the southwestern US." (Calling her "the manager" also helps.)

Contrast with this sentence:

"She is a supply chain manager in the southwestern US."

Here we are stating that she lives or works in the area, but her job title isn't strongly associated with "the southwestern US" in any way.

This might be an utter wild guess but my horse-sense says it has some logic.

In such sentences, the preposition for is generally used when we refer to the contest of the present year. Having said, if someone is elected Miss today, it'll be for year 2014.

In your example too, it reads is, the present tense and hence the sentence is spoken/written in that current year i.e. 2006. Thus, it might have taken for.

This is wonderful: Check the results Miss World 'for', it shows only three results and all are of this current year!

Miss World 'in': Results of the past years 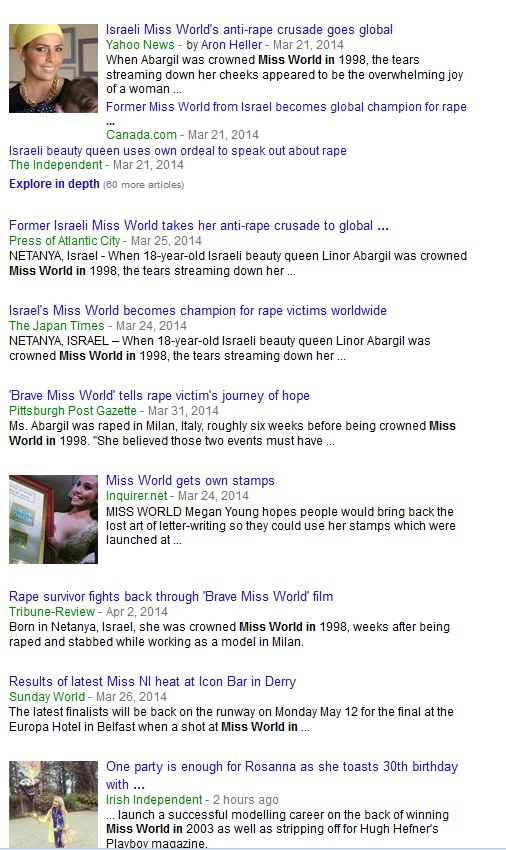 Miss World 'for': Results of the current year 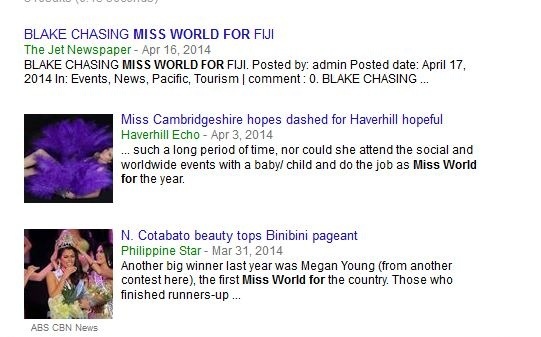