What is the meaning of "literally spruced up" in this sentence?

I read this in Word by Word by Kory Stamper:

Nowhere else is our institutional introversion borne out than at the Merriam- Webster holiday parties. The parties are usually held in the afternoon, in the basement of the building, which in some years is literally spruced up for the occasion.

I want to ask why the writer is emphasising "spruced up" with "literally". I mean what would "spruced up" metaphorically imply.

In American English, 'holiday parties' tend to take place in December, around the times of Christmas and Hannukah. When the basement is 'literally spruced up' then it is literally, (actually really) decorated with a Norway Spruce Christmas tree, or branches, foliage etc, from one or more. As one would expect of a book about lexicography, the author is careful about the meanings of words. The use of 'literally' to mean 'figuratively' is informal, and is the exact opposite of its formal meaning. 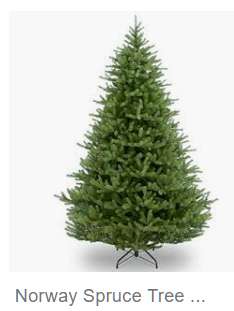 To simply say "the building was spruced up" would mean "to make it look cleaner, neater, or more attractive." As mentioned by user070221. But in this case, i strongly suspect that "literally spruced up" means "decorated with actual spruce trees or branches" as the answer by Michael Harvey suggests. "literally" is used because the idiomatic, general meaning is so much more common, and the writer is drawing attention to how the literal meaning is in contrast with the more usual idiomatic (metaphorical) meaning.

But since the source does not elaborate on the presence of actual spruce foliage, this is a conclusion, not something that can be asserted as established fact. Still it seems the most reasonable meaning of the quoted text.