What do you call the thing that squirts out juice, chocolate in a food plant? 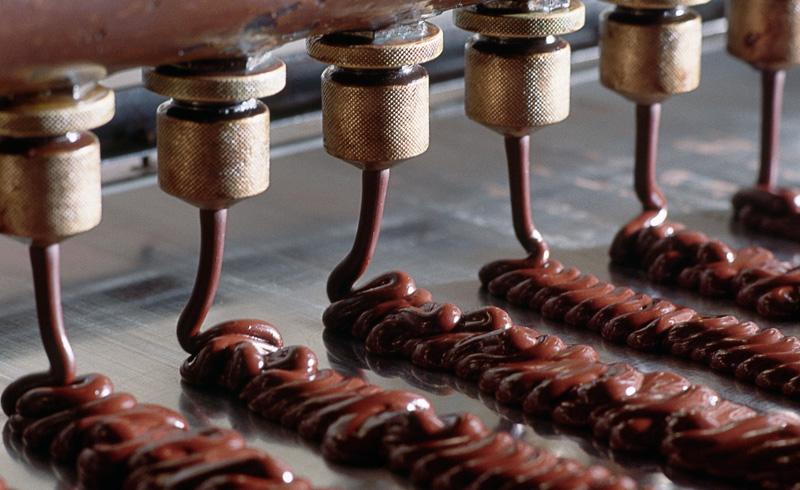 The machine that forces a plastic substance through a die is an "extruder," "extruder machine," or "extrusion machine." In some cases, it is also called a "press." The final piece of such a machine may be a die or a nozzle. A die imparts a specific cross-section whereas a nozzle merely limits the cross-section. (The term "plastic" here merely means "physically compressible." In a wire mill, the metal being forced through the die is not what would commonly be called "plastic," but it is soft enough to be pressed through the die while hard enough to retain the shape imparted by the die.)