A verb/phrasal verb for removing an impasse

This debate has reached an impasse. We need a novel approach to _____ the current impasse.

What would be an idiomatic verb for the blank? Remove? destroy? resolve? bring us out of? bring the debate our of? ...

One typically breaks an impasse, as in these two sample sentences found in Merriam Webster:

// But Gilbert’s request for his mother to go out and get him a can of coke on the night of the murder in 2015 broke the impasse among the jurors.
— Fox News, "Jurors in father killer trial over cut off allowance say a can of coke was 'aha moment' that helped to find him guilty," 30 June 2019
// Nevertheless, facilitating dialogue may be insufficient to break the impasse.
— Adem K Abebe, Quartz Africa, "In Sudan, the African Union reminds us it still has a key role in tackling the continent’s crises," 7 June 2019

This is supported by the Google Ngram Viewer (thanks @JasonBassford for reminding me), if you conduct a search for *_VERB the impasse you see break is used about twice as often as resolve (even when counting the declensions broke and resolving): 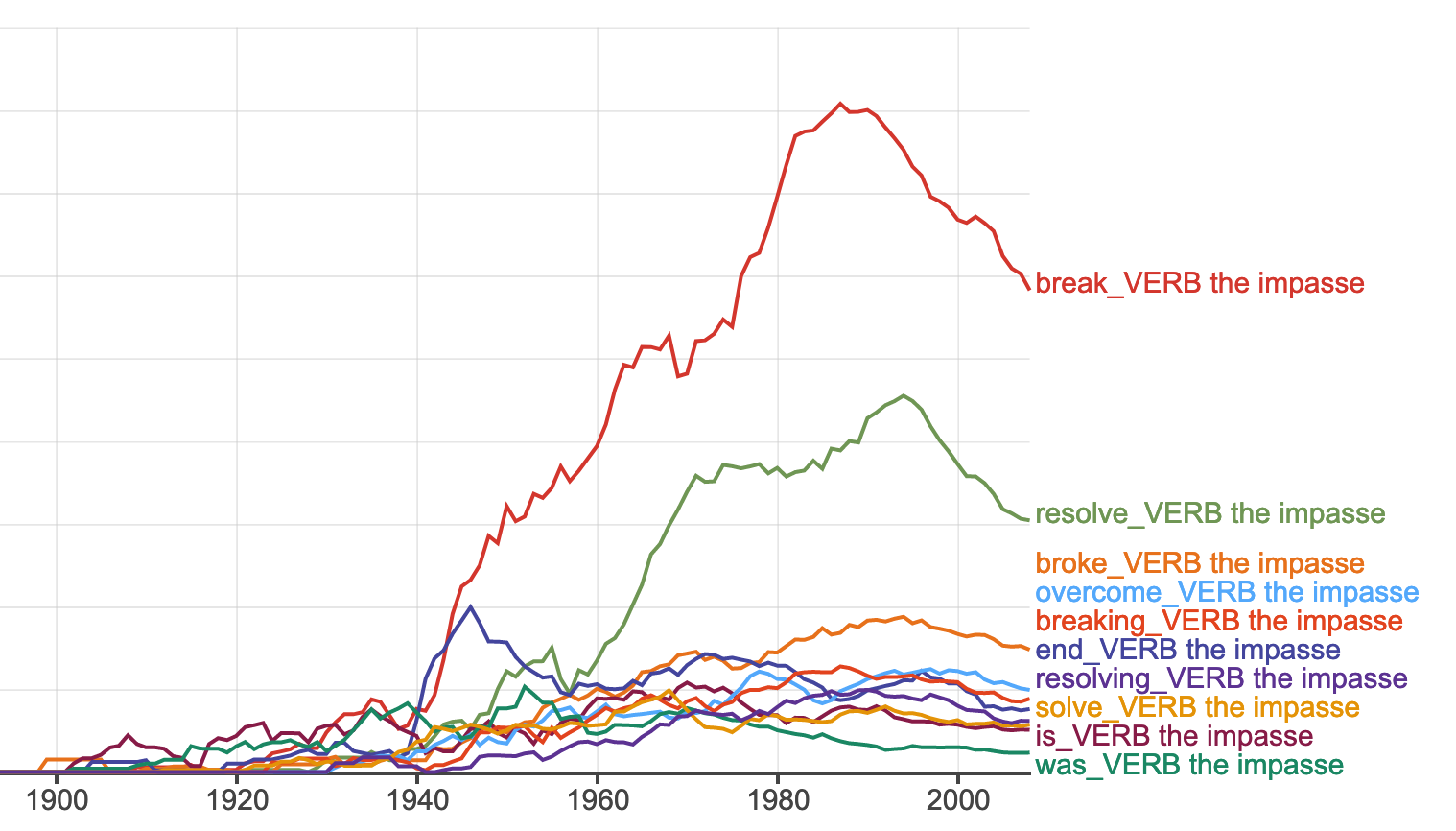 Not the answer you're looking for? Browse other questions tagged word-request idiomatic-language or ask your own question.

2
Need of verb to complete the sentence
5
Verbs for phlegm?
8
A verb for expelling mucus from nose with force
1
How to express the sentence in the question
1
Corresponding verb for “system architect”
0
collect/charge/receive money
1
Is there a verb to convey the meaning of memorizing too much?
2
Is there a verb that means “put it out there for everyone to see”?
1
A verb for when mistrust increases?