How to pronounce thing and thought?

but when listening to native speakers, I hear it like
thing /fɪŋ/
thought /fɔːt/

Do I hear it wrong?

When teaching Italian students who struggle with the pronunciation of thirteen, thirty-three, thirtieth and thirty-first, I show them the "correct" pronunciation by gently pressing my tongue between my teeth and then breathing out the /θ/ sound, some get it immediately but a few never do, even after repeated lessons and drillings.

So... I summon the North London shaman in me, substitute the /θ/ sounds with the /f/ and omit the middle "t" (T-glottalization); not the last "t" in first, and it works, each and every time. My Italian speaking students sound like north Londoners straight from the 1960s or 1970s.

In linguistics this form of substitution is called th-fronting

[…] Th-fronting is a prominent feature of several dialects of English, notably Cockney, Essex dialect, Estuary English, some West Country and Yorkshire dialects, Newfoundland English, African American Vernacular English, and Liberian English, as well as in many non-native English speakers (e.g. Hong Kong English, though the details differ among those accents).

From the Independent, a lovely article (depending where you're from) about how the pronunciations of certain words by Londoners and people living in south England have influenced and changed the pronunciation patterns of the rest of the country.

The most surprising sign of this shift is that large swathes of British people now pronounce the word “three” incorrectly. Or at least, differently — but certainly not the way it is written. Sixty years ago there was broad agreement on how that word was said properly. Now there isn't. […] Only North Londoners said “FREE.” (The historic data was collected only from England.) 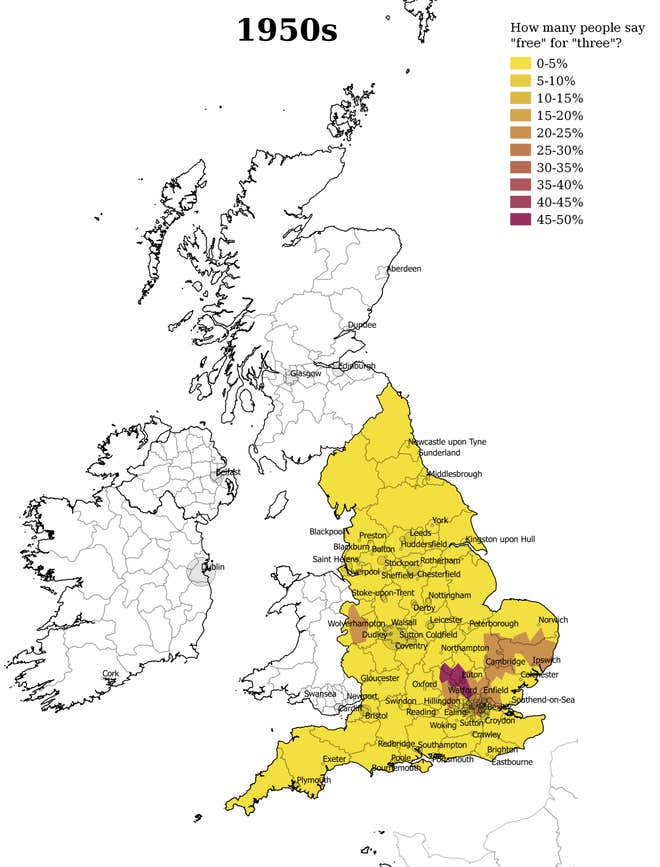 But in 2016, the results from Adrian Leeman's research team at the Cambridge Department of Theoretical and Applied Linguistics were quite different 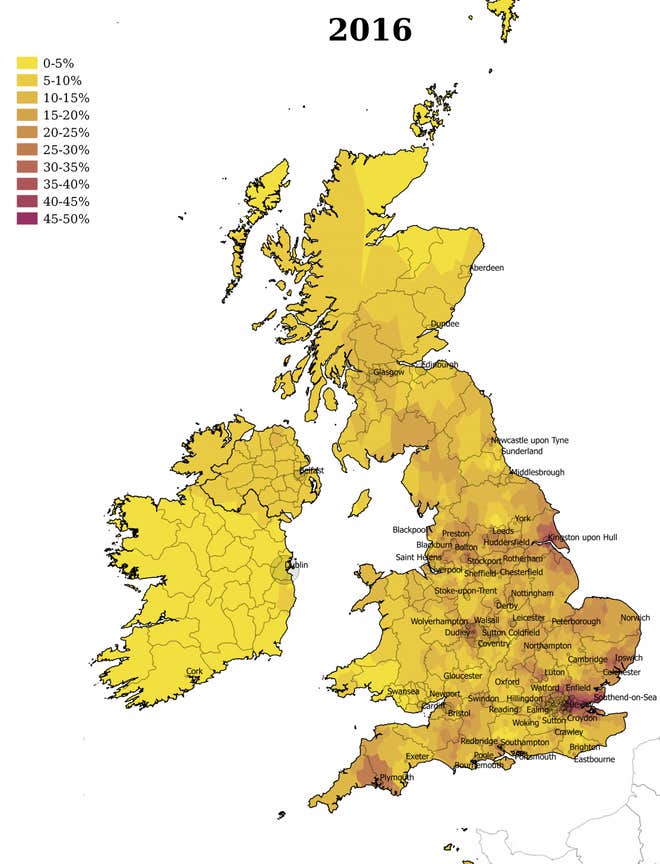 [Tam] Blaxter says that the influence of London and the South East has spread southern pronunciations over the rest of the country — which is why a large minority of people in Hull and Plymouth now say “FREE” even though their parents grew up saying “THREE.”

Not the answer you're looking for? Browse other questions tagged pronunciation phonetics th or ask your own question.