“it's not always so easy to get a thought out”

The actor Cary Grant said of Stewart's acting technique, "He had the ability to talk naturally. He knew that in conversations people do often interrupt one another and it's not always so easy to get a thought out. It took a little time for the sound men to get used to him, but he had an enormous impact. And then, some years later, Marlon came out and did the same thing all over again—but what people forget is that Jimmy did it first."

What does "get a thought out" mean?

Is it and how is it related to

Btw, I am interested in learning acting skills about talking, body language, etc. If you have good materials to learn about, feel free to let me know. Thanks.

Cooper is talking about the differences between the way people talk in everyday speech and the way they talked in early movies.

Early movies tended to be much like filmed plays, and the dialogue was often more formal than the way people spoke in everyday life. Actors would stand up and give a speech, and then the next actor would take a turn, and so on.

Cooper is attributing to Stewart a gift for speaking more naturally, by which he means more like an everyday person having a conversation, and less like an actor giving a speech. If you listen to ordinary people speak, they are more likely to pause, and say "um," and go back and start over.

By "getting a thought out" Cooper means to express a complete thought. For example, a straightforward, movie-dialogue type of line might be:

If instead you say:

the thought is the same, but the speaker is having more trouble getting the thought out.

The same thing is true of interruptions. Two people talking on the street are more likely to interrupt each other, finish each other's sentences, and so on. In early movies, that didn't happen; in the type of movies Stewart appeared in--at least according to Cooper--there was more interruption, which made the dialogue sound less stilted and more natural.

As a result, the "sound men," the people recording and editing the dialogue for Stewart's films, had trouble recording him at first. They were not used to hearing an actor talk that way in front of the camera.

In a conversation - getting a thought out is difficult if the people around you tend to interrupt you while you are speaking.

The actor, Stewart, talks more like a person on the street instead of like an actor. His vocal performance seems more like something that would actually be said in conversation than a less experienced actor would provide. A part of this ability is interrupting his fellow actors at a 'natural' place. Instead of waiting for them to finish their line of dialogue (which is most likely an incomplete sentence) he would interrupt the last word, which sounds more like someone actually interrupting than if the actor waited for the break.

As for the sound men - they are probably referring to these guys: 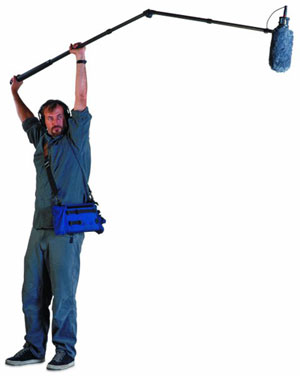 0
I thought tonight was <about> us hanging out
0
What is the meaning of easy way out?
1
It's appreciated, if not loved
0
“It takes a few years off from life” vs “It takes few years off your life”
1
What does the second 'intelligence' mean/imply in the sentence of "An intelligence organization that fears intelligence?”
0
Get the rugs out there
0
to get an easy ride = not be punished/have repercussions?
0
does “planned out” means “she thought that he behave differently or is not dutiful”?
0
Meaning of “It's easy when you're done” in a dialogue?
0
What's the meaning of “around” in “it's not so easy the first time around”?