Why is there not an article before "top" in the phrase - "The duck is on top."

I read in a children's book, Bliff’s fun phonics: 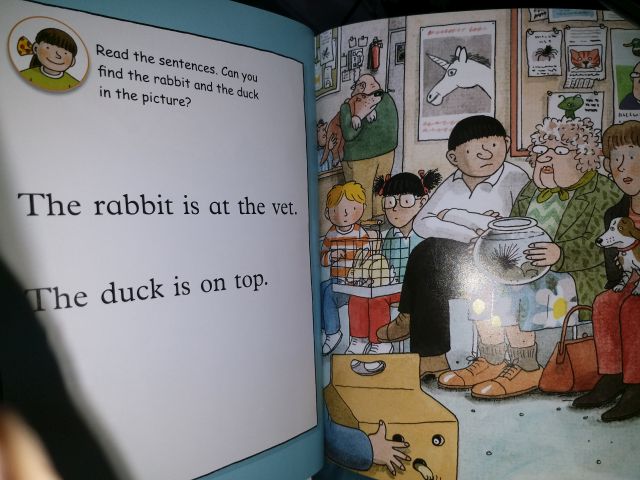 "Top" is supposed to be countable.

Why is there not an article before "top" in the phrase?

On top is an adverbial expression. Expressions like this generally don't include an article:

These are all grammatically "preposition noun", but they are treated as unanalysable units.

Many of them can also occur with an article, or other specifier, but usually have a different meaning - generally more specific.

So, as Bee says "on the top" means "on the top part (of something specific, probably already mentioned or implied)", whereas "on top" is more general, and might be figurative.

Edit: in the case of on top and in front (and in American English in back) they are also part of a complex phrase that acts as a preposition: on top of, in front of, in back of.

Your text just says "on top", and as Brad says, we don't know without context what this means. But I'm guessing it might mean "on top of the water".

"Top" is not being used as a noun in this phrase.

It would also be correct to say:

The duck is on the top.

But in this case, it means something slightly different:

Top - the highest or uppermost point, part, or surface of something.

All definitions sources from Google Dictionary

Top" is supposed to be countable. Why is there not an article before "top" in the phrase?

You are referring to countable nouns, however top is a noun, a verb, an adverb and an adjective. Cambridge English Dictionary

Because the question states this is a phrase and we do not know the rest of the sentence In this case I would suggest it is used as a verb.

Not the answer you're looking for? Browse other questions tagged articles zero-article .