Why is “deal 6 damage” a legit phrase? 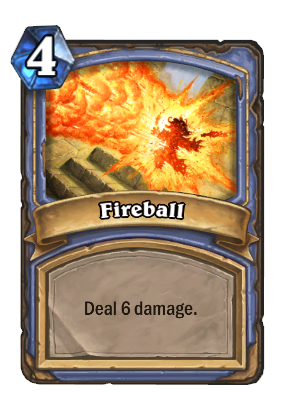 I mean, if damage is countable, it should be

If it’s not countable, then this sentence should be wrong.

So... am I missing something here?

It's domain specific, and not something that would be said outside the context of a game like this.

It's almost certainly an elided form of the following:

(And damage here is a mass noun.)

In the same way that headlines take liberties with the omission of articles and other grammatical structures, so too is this game using a shortened form of English that's understood in its own context. (With that font size, it looks like the full sentence might not fit within the space allowed by the card.)

Generically, because it's established gaming jargon. While the answer by Jason Bassford is almost certainly correct about the origins of this particular bit of jargon, it's gotten to the point now that it's just accepted jargon, so it's what almost everybody uses.

In a number of cases, the jargon for a particular domain is essentially a distinct grammatical and lexical dialect from the base language it's used in, and should be analyzed as such since it quite often just doesn't make sense otherwise.

In this particular case, the construct [verb] [number] [attribute or property] is in widespread use in many types of games as a way of concisely expressing a numerical change in state of some specific value within the context of the game. The verb indicates the particular direction of the change (positive or negative), the number is largely universally a positive, and the attribute or property indicates what is being changed.

So, in your example, 'deal 6 damage' means that whatever entity is being targeted takes six points of damage, but expresses that without needing nearly as many words.

That kind of concise communication gets really important in a lot of cases because space is often limited when relaying information like this, so fewer words means you can use a bigger font, and therefore make it more easily readable (this is less of an issue in a digital context though than it is with physical games).

As mentioned above, the origins of this phrase are almost certainly exactly what Jason Bassford outlined in his answer. Exactly pinpointing its origin is somewhat difficult, but I'd be willing to bet that it developed first as verbal shorthand among players of tabletop RPGs (like Dungeons & Dragons) and then got slowly inherited by other gaming contexts (many gamers tend to play more than one type of game). It's long-since become standard phrasing in TCGs and CCGs, likely because of Magic the Gathering (which goes a step further and uses similar phrasing to indicate changes in certain non-numeric properties as well), and that's probably where the usage in your particular case came from (I'm pretty sure the picture is a card from Hearthstone, which took heavy inspiration in a lot of ways from MtG, just like most other TCG type games).

As Jason Bassford's excellent answer indicates, "deal 6 damage" is an elided form of something like

and it's being used here as jargon, perhaps to conserve valuable space on the card.

The use of jargon also helps with consistency; if one card says "Deal 6 units of damage" and another says "Deal 6 damage points," do they mean the same thing or different things? Players will be confused by the inconsistency. But if the preferred form of the instruction is chosen to be also the shortest possible form — "deal 6 damage" — then it's easier for the author and proofreader to verify that all the cards in the game use that preferred phrase consistently.

The use of mass nouns for units and stats is widespread in all role-playing and card games. None of these instructions look "weird" to me:

Another benefit of using such short phrases (besides space-on-card and consistency) is that they tend to preserve player immersion. The mechanics of the game may deal in "hit points" and "wood cards," but thematically the game deals in actual damage and actual wood. So rather than saying "I'll trade you a wood card for a sheep card," the players want to pretend that they're trading the actual item — "I'll trade you a piece of wood for a sheep." But is it a piece of wood? a bundle of wood? a cartload of wood? The game doesn't tell us. So we just say "a wood" — avoiding the game-mechanical detail of "a wood card" but not committing to any particular real-world-mechanical details either.

It's a normal imperative sentence

The subject "You", is normally omitted from an imperative statement.

[You] give me your passport.

But we conjugate as if the subject is stated.

The singular "deal" agrees with the subject "You".

It would be the same if the object were countable.

So we don't even look at whether "damage" is countable. It's not. Points are countable, but "points of" or "point of" is omitted in gaming slang.

What's really wrong here is the way deal is not conjugated as it should be written "deals". Otherwise that's just an order like the dragon is talking to his fireball when he spits it. I'm really confused as why no one noted that before, strictly exhausting themselves to determine if the words "points of" should be added to make this a legitimate sentence. So no this is not good and even really bad.

Not the answer you're looking for? Browse other questions tagged grammar countability or ask your own question.

0
Usage Of The Determiner “This”
3
“x thinks it's people”--why “people” and not “a human”?
1
'Such volume' or 'such a volume'?
3
a state nationalism — why do we need an article?
0
Is this sentence grammatically complete?
0
Can I use “to bring it”?
3
How to ‘guess’ if a noun is countable or uncountable?
1
Why can not a verb of “To gulp the glass of water with such thirst” be seen?
0
Water, a water and waters