Why did they use past perfect rather than present perfect here?

Our enemies will soon discover that we are not as meek as they had believed.

What would be wrong if I switch that into "have believed"? 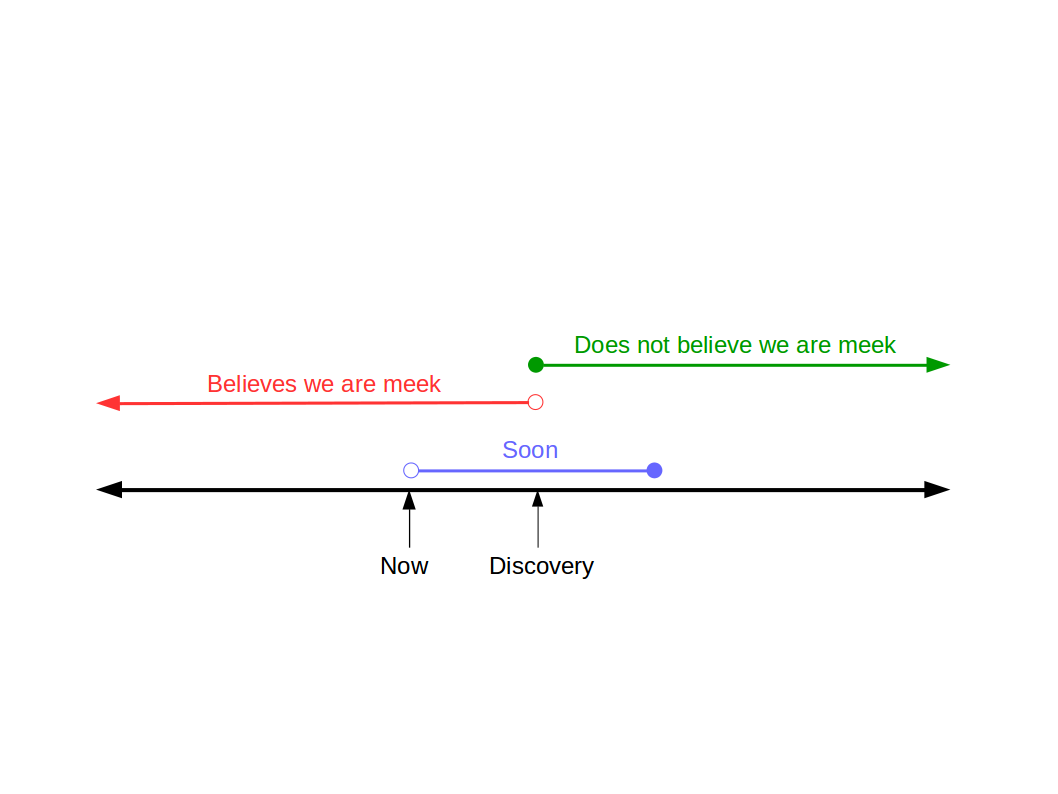 Once the sentence has gotten past "will soon discover", the rest of the sentence takes place from the perspective of the future. In particular, the clause "that we are not as meek as they had believed" takes place at the point in time of the discovery, at which point they no longer believe that the speaker's group is meek. The present perfect tense is only used for states that are still ongoing, but at the point of discovery, which is the perspective that matters for "are not as meek as they had believed".

This would also apply to many other sentences.

For example, if I am holding in my hand a key that I will give to you later I might say "You will open the envelope that has this key in it." Obviously the key is currently in my hand, not yet in the envelope, but the perspective of "has" is the time of opening, not the present time.

Or, as another example, someone might say "If any man hurts my daughter, I will hurt him as much as he has hurt her". The daughter hasn't been hurt, but "has hurt" is from the perspective of the hypothetical future where the speaker's daughter has been hurt.

Not the answer you're looking for? Browse other questions tagged grammar tense or ask your own question.