Does "fairly" mean "relatively" or some level between them?

The lecturer is saying

Initially the gradient is positive and fairly constant, but for it drops to zero at the peak, it then becomes negative for a period before returning to zero.

Cambridge gives this explanation about fairly

more than average, but less than very

which seems not to be the case here. 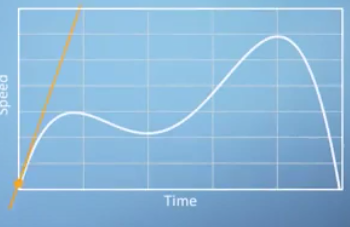 assume the initial part is the time frame between the starting point, shown above, and somewhere shown below 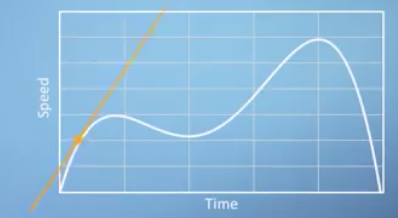 Technically, in the initial part, the gradient (the slop of the orange line) is not a constant. but it could be viewed as a constant, when compared to the one shown below. 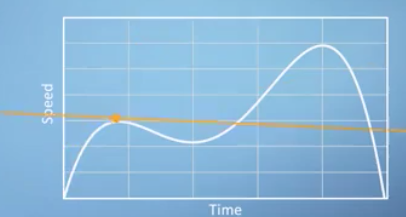 If the meaning "more than average" is taken, where is the average? So, it seems that "fairly" mean "relatively" in this case, is my understanding right?

It's an indeterminate positive indicating that something is positively true - but it does not quantize how much it is true.

Other Synonyms = 'a little', 'slightly'

Truth is a binary concept in logic - but has degrees in language. My guess at the following, going from weakest to strongest 'slightly' 'a little' 'somewhat' 'fairly' 'commonly' 'frequently' 'almost always' 'solely' / 'always' '

Not the answer you're looking for? Browse other questions tagged meaning expressions .

6
What does "some topic 101" mean?
0
what does "how much like them we are" mean?
1
What does "extend yourself some love" mean?
0
Does "occurring" mean "happening", "existing" or some other meaning?
0
Does `positions` sometime mean some branches of a science field?
1
Does `sour bunch` mean unusual in some cases?
0
What does 'across the level' mean here?
0
What does "us or them" mean?