Far behind. (Stuck in traffic)

Yesterday my school bus got to my bus stop late. So my mother had to wait a lot. Actually we were held up in traffic. But today we reached the stop on time, but my mother wasn't there to get me. Thus the driver asked me "Where's your mom?" So I replied:

Actually we were held up in traffic and were far behind at this time yesterday.

We were stuck in traffic far behind at this time.

Is the use of "far behind" in this context natural? I feel that it's sounds ambiguous. So is there a better way to express the "location"?

To be honest it does not really make any sense. It is a very complicated way to say something and the idiom is used incorrectly. The use of far behind is not needed. Your basic idea to use the arrival time comparison is correct The distance is irrelevant to the discussion.

It would be easy to say

Yesterday; we were still stuck in traffic at this time. She will be here later.

Oh! she is coming at the same time as you dropped me off yesterday.

Far Behind is pretty simple

The expression "far behind" is simple.

Two people, at the same time, are going the same direction. Or two cars. Or two horses. That's it. 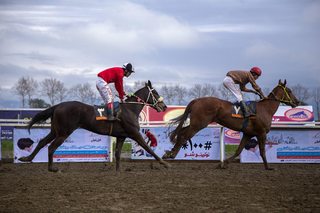 2. Something is going to happen after something else, in the same place.

This is figurative. The two things (winter and spring) are on the same timeline.

The before leads directly to the after.

This is simpler than the "No" sentence above, because we are not trying to say we were at a position {along the route} that is further (not far) behind, at a different time (yesterday, not today) -- those two ideas at once are too complicated for "far behind".

With "far behind", keep it simple.

9
Can "traffic" be used as a shortened form of "traffic jam"
0
'far from obvious' or 'far from being obvious'
3
"arrive" Vs. "reach" what are the differences if any?
0
We left him behind
0
Come from behind, sneak up on someone from behind,walk up to from behind
0
(Behind), (behind them), (behind their back)
1
Use of 'Far' and 'Far away.'
0
Is that called Police Traffic Stop?