About Use of the word Snuggle

A. If you're scared, snuggle with that doll, baby.

B. If you're scared, snuggle that doll, baby.

C. If you're scared, snuggle up to that doll, baby.

Which ones do you think it is correct to you English native speaker?

Please rank them in order it sounds natural more and works best.

A is the one used in a certain movie, by the way. I doubt the prepostion "with" is necessary in this phrase. So I've been thinking B works best.

I found the verb "snuggle" is used with the addition "up to" in some examples.

That's what I am a little confused about. What do you think about it?

Snuggling and cuddling can mean the same thing which is something like "hugging" for comfort or intimacy. But "cuddle" - while it can be mutual - often implies one person cuddling another. That is, there's can be a sense of a "cuddler" giving comfort to a "cuddlee". The following is mostly described as "a father cuddling his baby": 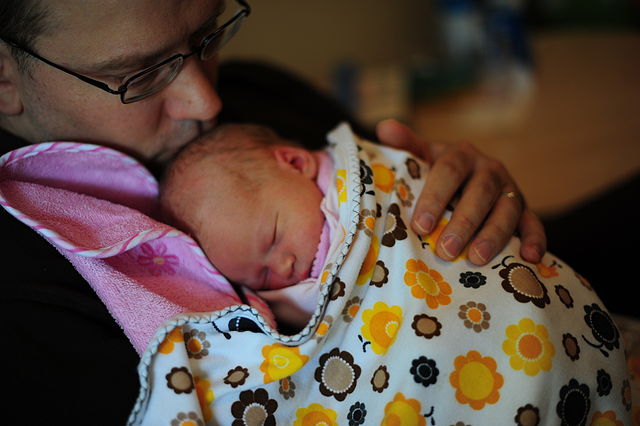 And here, our feline friends "Odin and Ruby are snuggling". Also, Ruby (the cat on the right) is snuggling his nose into Odin's white fur. And just like Ruby, a single person can feel good just "snuggling under the covers". But one could also say, "these cuddling cats are cute". 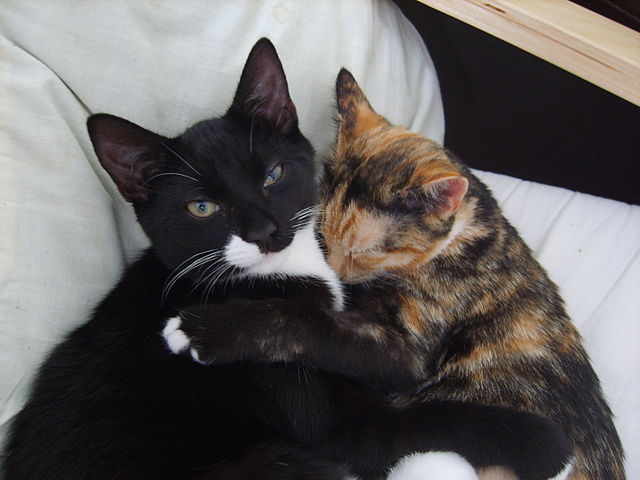 Let's assume your scene is a mother talking to her child. The mother is sitting next to her young daughter who is near a doll. The mother is offering some consoling words to the daughter, who is afraid of the dark.

A) "If you're scared, snuggle with that doll, baby." is the most natural of the three you presented. This would be especially true if the doll was rather large and already next to the child. It implies a mutual snuggling, just like Odin and Ruby, above. That would be exactly the correct thing to say to a young child, since the idea of the doll being animate and being able to provide comfort back is what provides comfort to the fearful child.

B) "If you're scared, snuggle that doll, baby." could sound a bit too curt - like an order. However, there's a type of mother-character one might see in movies (or real life I suppose).. the no-fluff, down to earth, common-sense, yet-loving mother that might deliver the message like this.

C) "snuggle up to" focuses more on the movement, and may suggests a more playful action. (Also, between adults, snuggling suggests more intimacy than cuddling.) This would be the least natural, in this case, in my opinion.

The difference between using "snuggle vs. cuddle" with a child would mostly depend on what the child already thinks of as being comforting. It's not the specific word, but rather, which word the child would feel the most comforted by. One could suggest that a child cuddle her doll (like the father above) or cuddle with her doll (like the cats) for comfort, if that's what she is used to doing and calling it.

FYI: This is also reminiscent of the Harlow Monkey Studies.

They can all work, but as is frequently the case, there are subtle differences in what they express.

If you're scared, snuggle with that doll, baby.

'with' implies the both parties are actively snuggling. So, in this specific context, 'snuggle with' is a bit off because a doll is inanimate and can't really snuggle back. You might suggest a child 'cuddle' with a doll instead.

If you're scared, snuggle that doll, baby.

This one if better with a doll but since the use of 'that' implies distance, you'll likely more often hear 'snuggle this doll'.

If you're scared, snuggle up to that doll, baby.

'snuggle up' is the actual act of getting in place to snuggle. Again this is a bit off when the object is just a doll.

Having said all that, it sounds better to snuggle a person and cuddle an object.

0
Usage of the word ignorant
1
difference between lot and round about?
1
Is it a phrasal verb with “in”?
1
What are the differences between “to think: to have a particular idea or opinion about something” & “to think: to have ideas in your mind”?
3
A mother, father or the parents who are very strict toward their children
1
What to use here? Besides or Despite?
3
“Commonly used to select” or “commonly used for selecting”
2
You had me at/with hello
0
think of and about in my sentences
0
Doubt about the correct word to use in this phrase