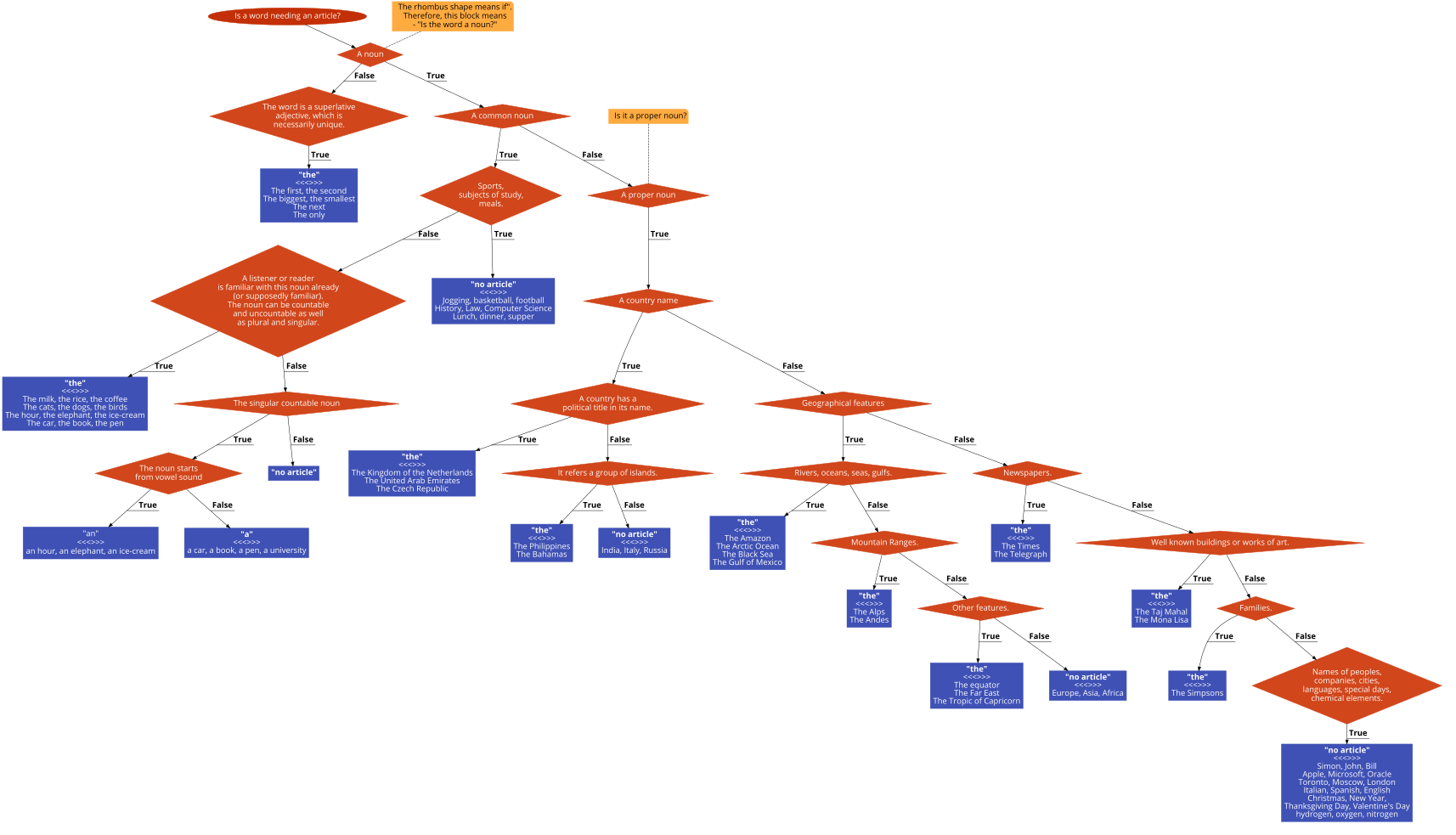 Good job, Max! I analysed your chart and few more sources, and created another one - https://viewer.diagrams.net/?highlight=0000ff&edit=_blank&layers=1&nav=1&title=Articles+Flowchart#Uhttps%3A%2F%2Fdrive.google.com%2Fuc%3Fid%3D14ZL-2HyVhIRfkMBMP6ayLIiU7UTU_6jM%26export%3Ddownload

Not the answer you're looking for? Browse other questions tagged articles .

13
Does the definite article provide optional clarification?
39
Why do we not use the definite article in "Where can I find the room 401?"
0
Usage of the word "part" as an adverb
1
The use of articles
0
Kafka... I'm not sure
2
Articles with nouns denoting unique parts of something
0
'Kids' vs 'the kids'
1
English native, How do you add the/a into some word?