What does IKEA-like mean?

I found the text below in a website and I'm trying to understand the meaning of IKEA in the context:

Technically, this kit allows you to follow an IKEA-like manual and put together a guitar, functionally identical to a cheap guitars of well-known-brands-we-won't-mention here for a fraction of their price.

I found these two definitions for it:

IKEA I Know Everything Already

...but none of them seems to make any sense to me.

IKEA is just the brand name, or business name, of a global business; it's a name just like "Apple" or "Google" or "John's Grocery Store".

A person who founds a business can give it any name they want (so long as no-one else legally controls that name). The founder of IKEA was a Swedish businessman called Ingvar Kamprad. He made up the name by using his own initials (i.e. the initial letters of his first and last name) and then adding on the first letter of the farm where he grew up (Elmtaryd) and then the first letter of his home town (Agunnaryd). Hence, the made-up name is "I-K-E-A".

The IKEA brand has developed its own particular styles of furniture and furniture assembly and even instructions. The IKEA-brand instructions generally involve no words but very clear drawings on how to assemble the furniture, step-by-step. As a result, many people will refer to "IKEA-style" to mean - for instance - furniture that is delivered packed in a box (as a "flat-pack"), ready for the buyer to assemble it themselves, or even to the instructions.

The IKEA-style instructions for your guitar would therefore mean instructions that are clearly laid out, step by step, probably with clear drawings but few words.

IKEA furniture is sold as kits. Most buyers save money by assembling the furniture themselves. Most of the instructions are in the form of pictures, with no words. 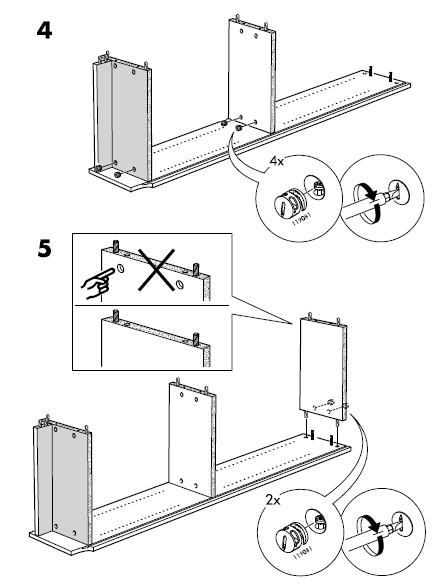 It's just an example of what the manual looks like. i.e. it can be compared to the looks of an IKEA manual. They could probably have written LEGO-like, but went with a brand that is (more)known for their self-assembly manuals, that is without any words but clear illustrations. 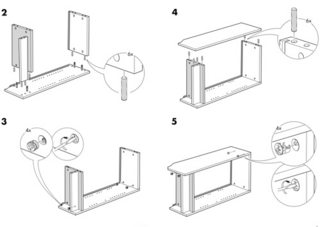 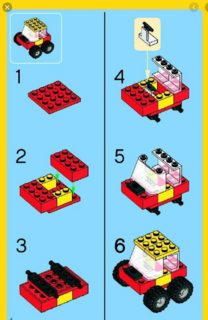 Not the answer you're looking for? Browse other questions tagged word-in-context .