Using 'fluctuation' in a bar chart

I am wondering, can 'fluctuation' be mentioned in a bar chart like this:

the bar chart depicts the fluctuation of the number of pets per certain category.

Whether or not fluctuation is a good word to use depends on two factors: 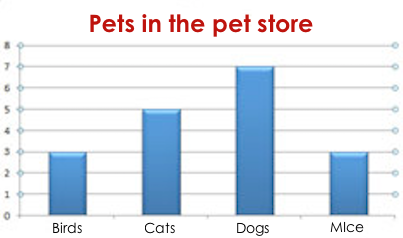 I wouldn't consider this fluctuation, because the graph is merely depicting the condition of a pet store at a particular moment in time. Nothing is really fluctuating; the graph simply shows that there were more puppies than kittens at the pet store at the time this data was collected. 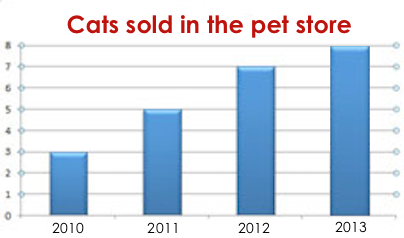 This comes closer to fluctuation, but I think a better word would be growth.

fluctuation (n.) rise and fall irregularly in number or amount

In the second graph, the sales numbers are rising, but not falling; therefore, the pet store has had steady growth in feline sales since 2011, not fluctuating sales since 2011. 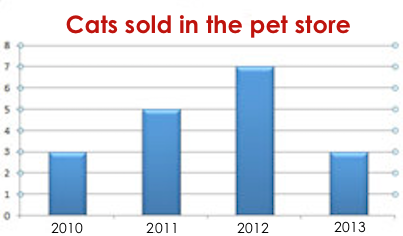 Since fluctuation means a continual change or variation it can be used in a bar chart to express the relation between two variables.

3
Take a bus or take the bus?
0
What the “case” refers to?
4
Differences “that” and “this” used to refer to something/somebody that has already been mentioned
1
Using “the” vs “a”
2
Synonyms for “show” (verb)?
4
Stronger scientific word than 'increased'
1
How to make a question about a range?
2
Using “advantageous to” with things instead of people
0
Using apple and orange in a construction that implies apples?
1
Describing several lines in graph