Which of these modals are used to express certainty, probability, possibility, and remote possibility (with pictures)

The modals in use are will, may, might, can, and could. Expressions: It is probable, it is likely, it is possible, certainly. The functions: certainty, probability, possibility, and remote possibility.

I am using a textbook to teach grammar, and this grammar lesson is presented in a few examples followed by two tasks. I also have answers to these tasks which may be correct. It is not clear for me how to express probability correctly. In fact, even the case with the other functions of modals has become confusing when I discussed this with other colleagues. I need a clear-cut answer that gives accurate rules on when to use what and how to clearly and correctly present it to the learners.

Here are all the pictures that are related to the lesson: 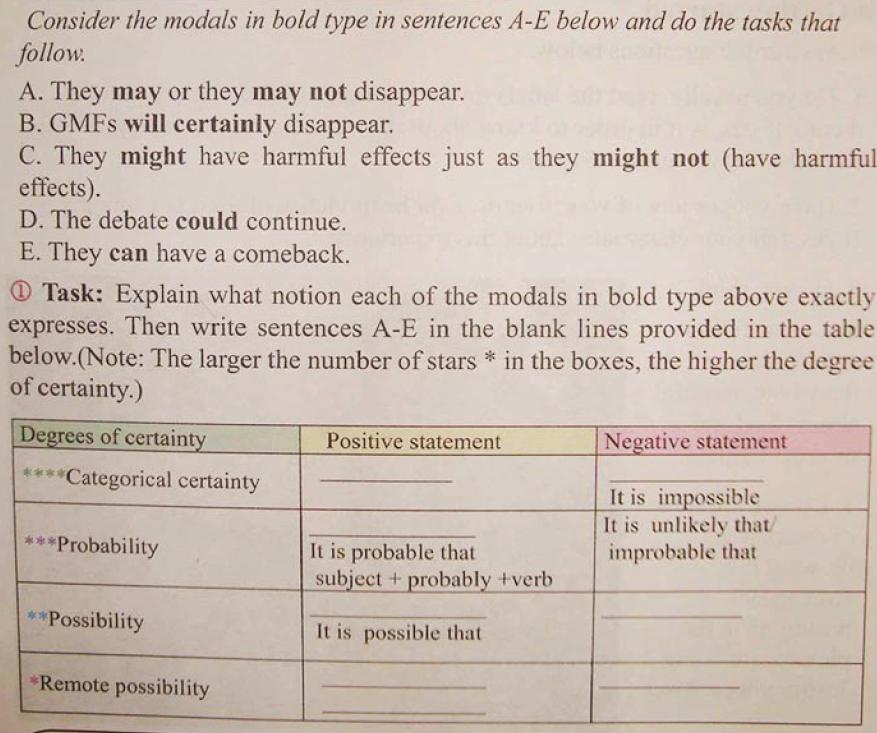 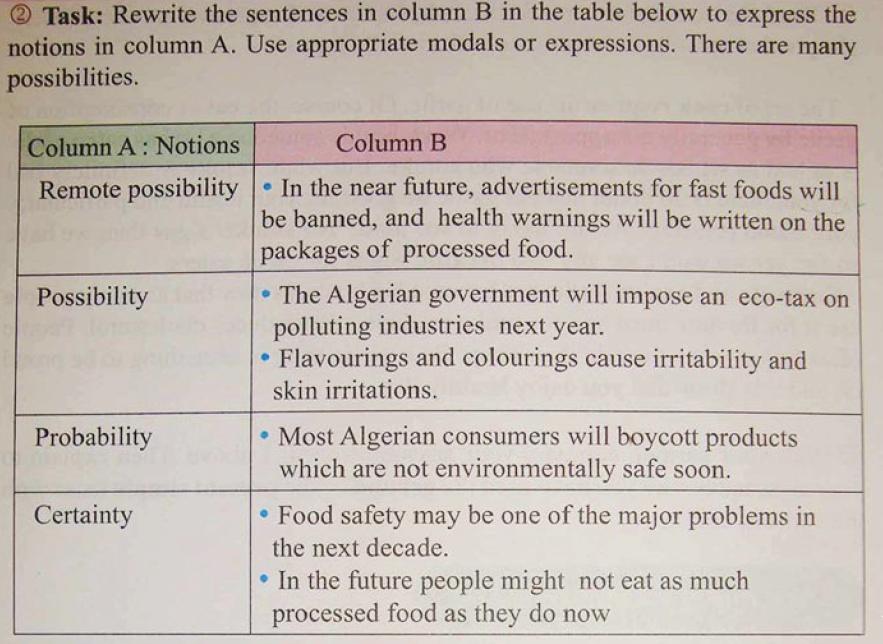 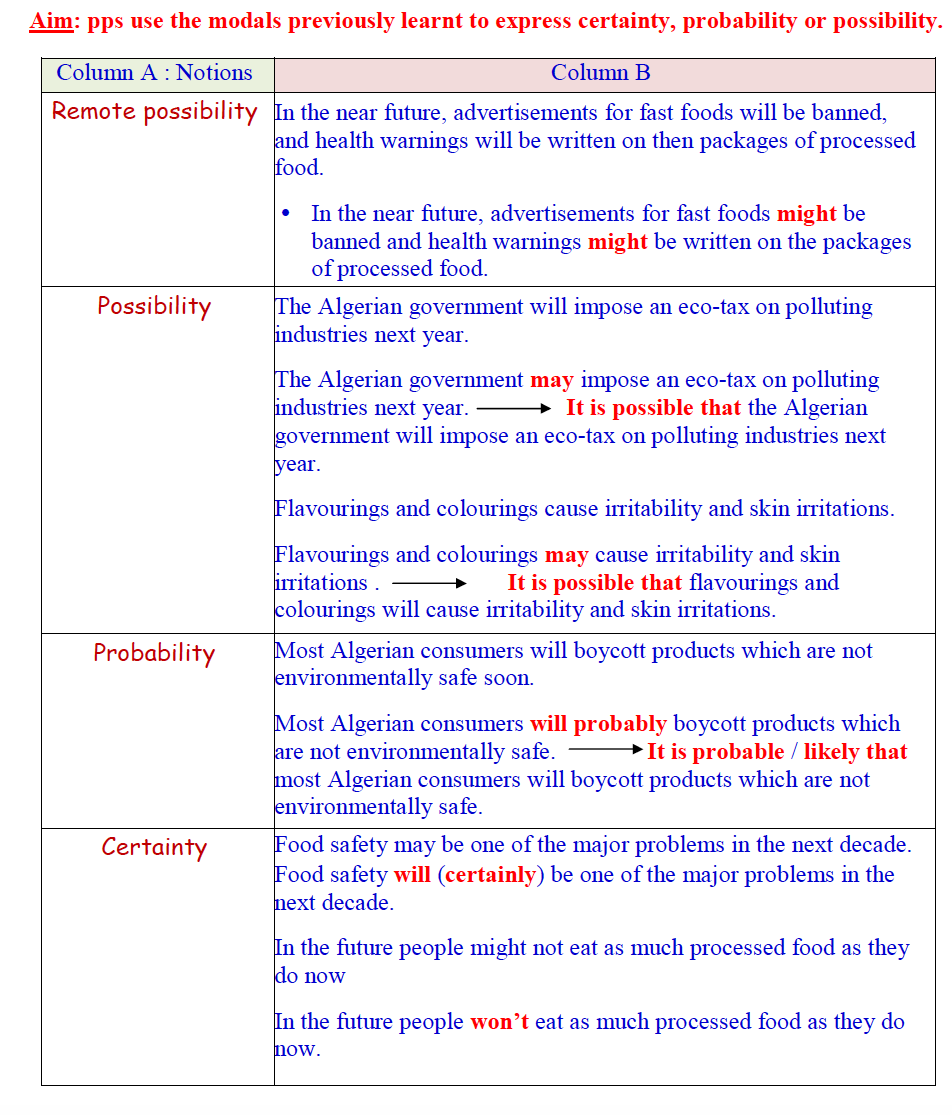 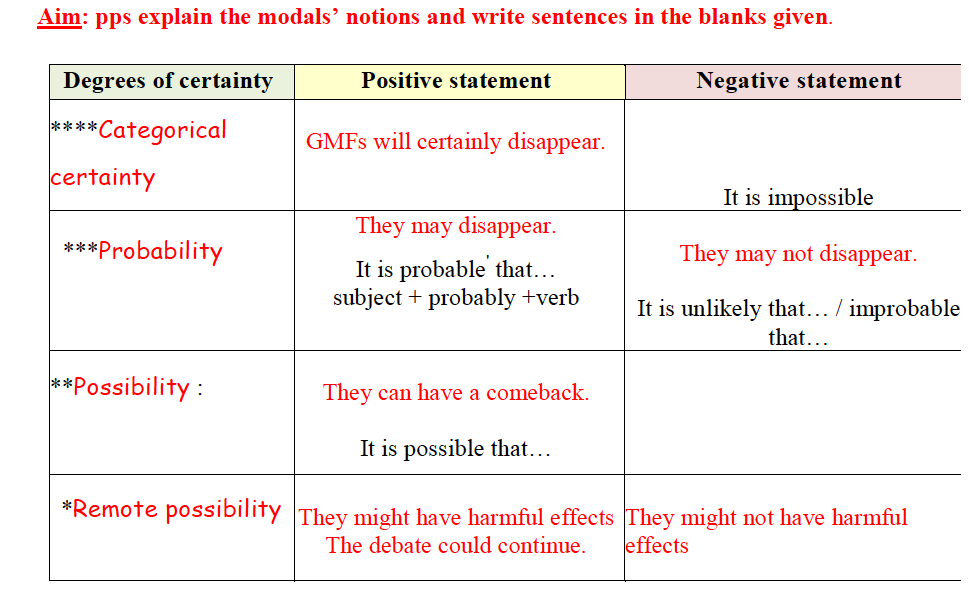 "Will" can express a high degree of certainty about the future.

Food safety will be a major problem.

"May" and "Might" express possibility. "May" can also express other concepts, such as permission. There is no modal that indicates "probable but not certain", for that use "will probably" or something similar.

Flavourings may cause irritation

Advertisements for fast food could be banned (but probably won't)

The interpretation of modal verbs depends a lot on context.

You may eat the ice cream (permission)

You may pass the test (possibility)

There is no grammar difference, only the meaning difference: You don't need permission to pass a test, so this must be possibility.

Also consider how you would understand

He could play tennis when he was young. (past abilty)

He could play tennis with you tomorrow (ability, but low likelyhood)