Plastic materials with melt flow index at rate of 10 gr/10 min will be demanded in bulk by the producers.

Plastic materials with melt flow index at ratio of 10 gr/10min will be demanded in bulk by the producers.

What is the difference between ratio and rate in these sentences? Or Is there any difference ?

Ratio is a dimentionless number (no physical units) obtained by division of variables having the same units of measure. An example: signal-to-noise ratio (times or decibels).

Rate is a value obtained either (1) simply by division of two variables with different units of measure or (2) as a point of a derivative of a function describing relationship between those variables. Typically, rate shows the speed at which one of the variables changes when another one increases per its unit of measure (time, temperature, etc.).

So it's rate in your example (g/min is not a dimentionless number).

The melt flow index (MFI) or melt flow rate (MFR) is a measure for the ease of flow of melted plastics. It is often used in the plastic industry for quality control of thermoplastics. In general, the unit of index is given in g/10 min. See following diagram: 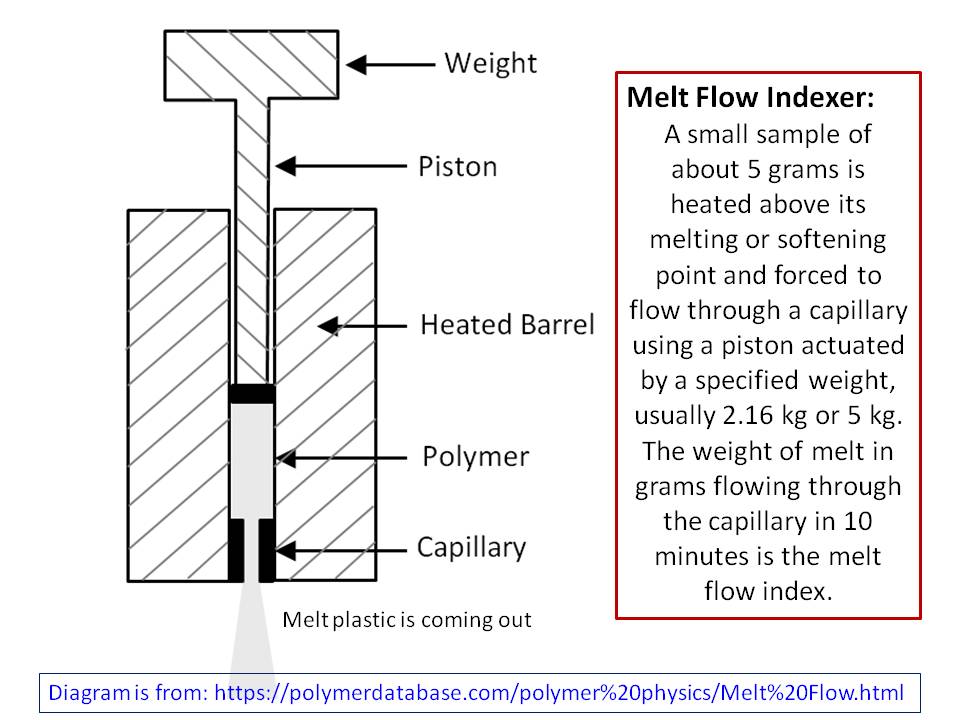 The only different of two statements is rate vs ratio. According to the definition, it should be a rate (e.g., amount per time; here given time is 10 min) than ratio (which is a unit less concept; see Jasen's answer).

A ratio indicates how much of one thing there is compared to another.

The ratio of 5g of plastic to 3 containers...

When talking about an amount per unit of time, "rate" is more appropriate. I don't know what the "melt flow index" is, but it seems to be a rate of 10g per 10 minutes

A rate expresses a faction and often uses the conjuction "per"

now the original question as you're comparing dimensinally distinct measures it must be a rate.

Plastic materials with melt flow index of 10gr/10min will be demanded in bulk by the producers.