Look at this picture, a rat was at a distance from the ticket booth. The suddenly, the rat ran towards the booth and then sneaked under the booth. 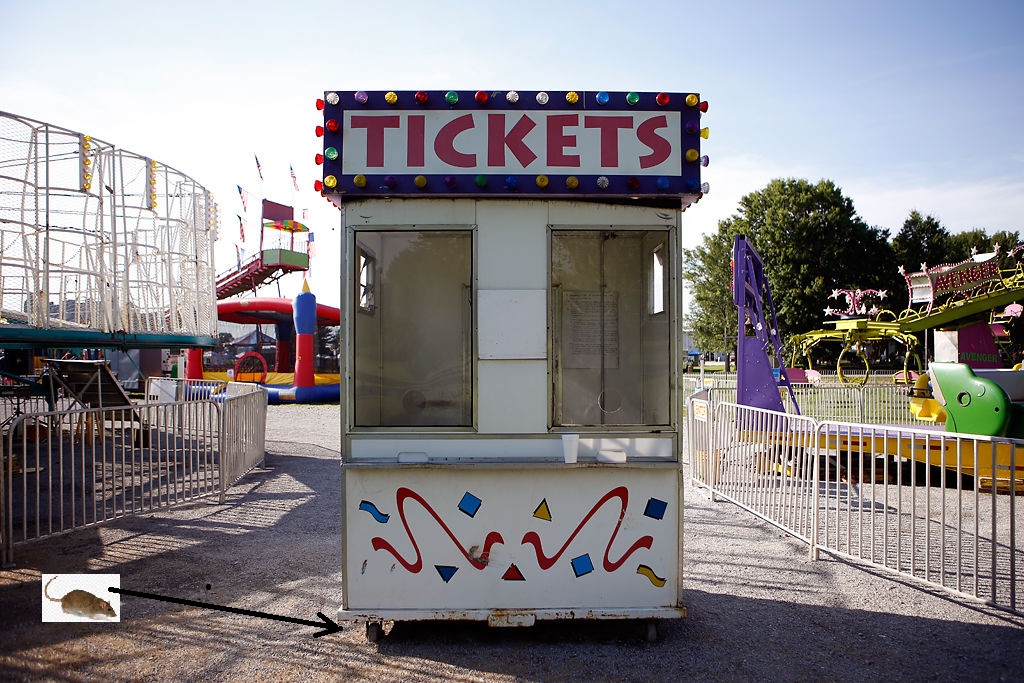 under (prep) in, to or through a position that is below something

Have you looked under the bed?

She placed the ladder under (= just lower than) the window.

The dog squeezed under the gate and ran into the road.

So, according to oxford dictionary, under: to a position that is below something

Why would anyone say the very wordy:

when the sentence below does the job perfectly?

The rat ran/was under the booth

The Oxford Learners' Dictionary says "a position that is below something" to define the preposition “under”.

That's not to say there is only one way to eat an orange; some people peel oranges served on a fruit plate with a knife and fork, so there's nothing wrong with the OP's substitute sentences per se, they're unnecessarily fussy.