Is the bottom of a box does not have a part that tuck in to seal the box still called a flap?

The bits at the top and the bottom that tuck in to seal the box are called the flaps.

apparently the top (labeled blue) of the box shown below is a flap. 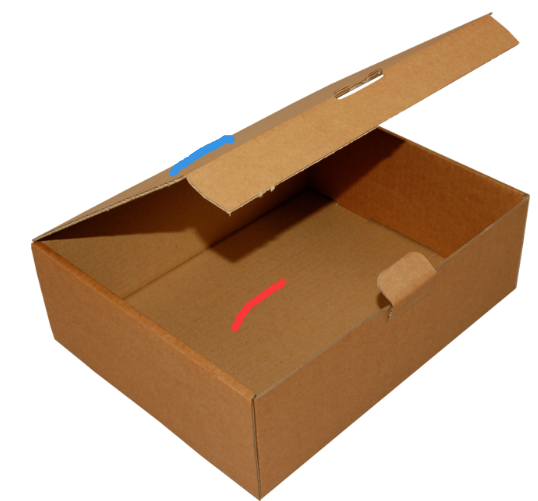 while the bottom (labeled red) of the box does not have that kind of things, is it still called a flap?

Is the bottom of a box which does not have a part that tucks in to seal the box still called a flap?

No, the bottom of this box is not a flap. It would be referred to as the “bottom”, “base” or “underside” of the box.

Consider this definition of a flap from dictionary.com

something flat and broad that is attached at one side only and hangs loosely or covers an opening:
the flap of an envelope; the flap of a pocket.

apparently the top (labeled blue) of the box shown below is a flap.

There could be different ways to describe this.

1
What a face/facet of a cardboard box is called? a piece of wall?