What does "east of the Indiana/Ohio border" mean?

Today I am reading an Algorithms textbook. The author, in order to explain the shortest path between two vertices in a graph, gives an example in the real world:

At one time, there was a speed trap on I-70 just east of the Indiana/Ohio border, but only for eastbound traffic.

One detail you might be missing is that I-70 is the name of a major interstate highway which travels across most of the country. I would say that most Americans are at least somewhat familiar with the route.

Another thing that might be tripping you up is the author's use of "just east". "Just" in this case means "exactly" or "directly"- "Just East" can be understood to mean "within a few miles of". If I said "My house is just east of the river" you'd know that my house was very close to the river.

The border between Indiana and Ohio is hundreds of miles long, but by saying "Just east of the Indiana/Ohio border" the author has described a location that most Americans can visualize rather easily. 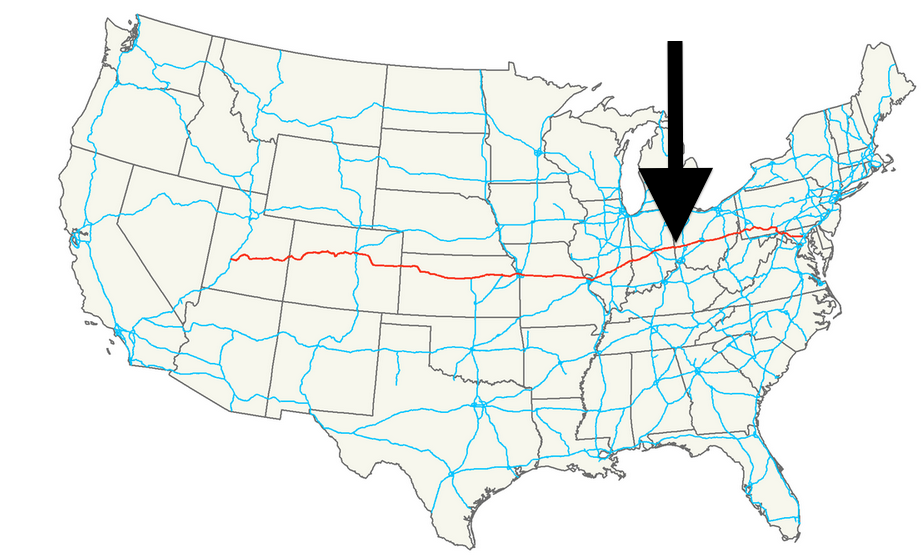 Another reason this passage might make more sense to Americans is how common the scenario it describes is. Each state has its own police, and it's common for the laws of one state to be slightly different than another state- especially things like speed limits. It's extremely common for police from one state to sit right across the border from another state that has a higher speed limit to catch people who may not realize that the speed limit has changed.

For the same reason he didn't just say "on I-70, in America." It's just a matter of additional precision and in this statement it's likely not necessary but just the author adding a bit of flavor to an otherwise very bland text.

Not the answer you're looking for? Browse other questions tagged legalese understanding .