I am reading the Facebook Promotions guidelines and I don't understand the meaning of "release" in this sentence:

Promotions on Facebook must include the following:
- A complete release of Facebook by each entrant or participant.

It is not about a software release, right?

Does it mean that each entrant has to say "I understand that Facebook is not responsible for this"?

It's very poor wording on their part, in my opinion. But it's legalese, so using hard-to-understand jargon isn't really surprising. Contextually, it seems like you're most likely correct—it's unlikely to be about a software release. But I wouldn't normally expect the "release" bit to be phrased this way in English.

When I clicked your link, because my browser is set to Japanese, I was presented with the Japanese version of the Facebook agreement. Since I know you read Japanese, I thought I'd bring it up in a comment, and I'm posting it as an answer because you asked me to.

This seems to confirm that your interpretation is correct.

Does it mean that each entrant has to say "I understand that Facebook is not responsible for this"?

Yes. I think it literally means release of liability.

And yes, it does mean that Facebook holds no responsibility for whatever is there under promotion --sort of a disclaimer.

Check this blog that further tells how to do that. -

The easiest way to do this? Include a statement along the lines of, “By entering this contest, you agree to a complete release (n. #2) of Facebook from any or all liability in connection with this contest.” 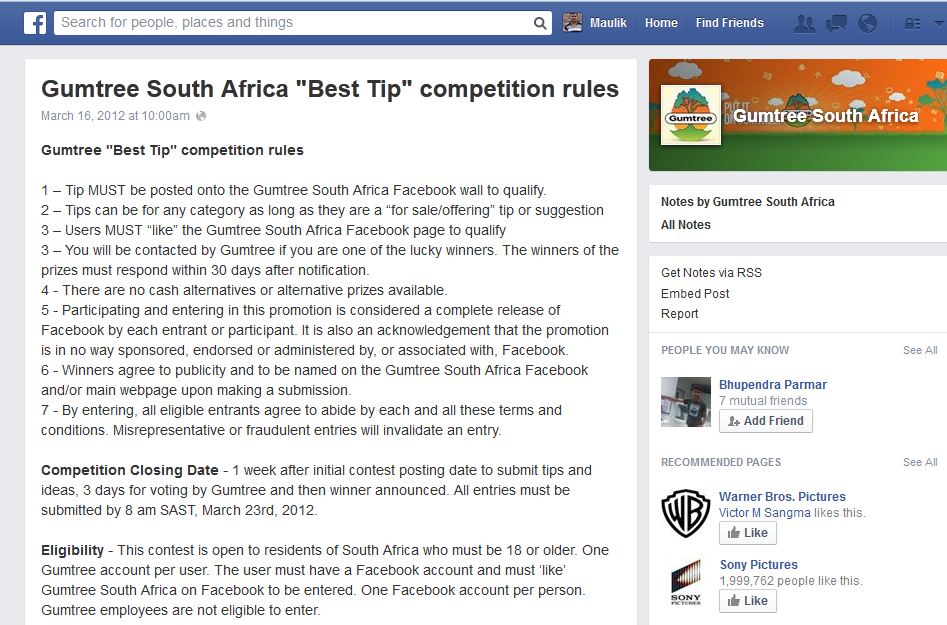 2
what does “jump in” mean here?
6
Meaning of “call it” in The Avengers
1
Meaning of this sentence and the construction “but besides that”
0
“Is to complete” meaning
0
What do “out for” and “caring” mean in this sentence?
0
We have to get this release out the door
0
A sugary coup: what's the meaning?
0
What does “build on” mean here?