How to use these structures "take something apart" and "put something together", the "something" is plural or singular?

Tom was always taking things apart in the garage.

put something ↔ together phrasal verb

3 to make a machine, model etc by joining all the different parts SYN assemble

I can’t work out how to put this table together.

The example in the dictionary says "put this table together." but why don't we say "put the table's parts together"?

Look at the picture, a pen is made of many different separate parts 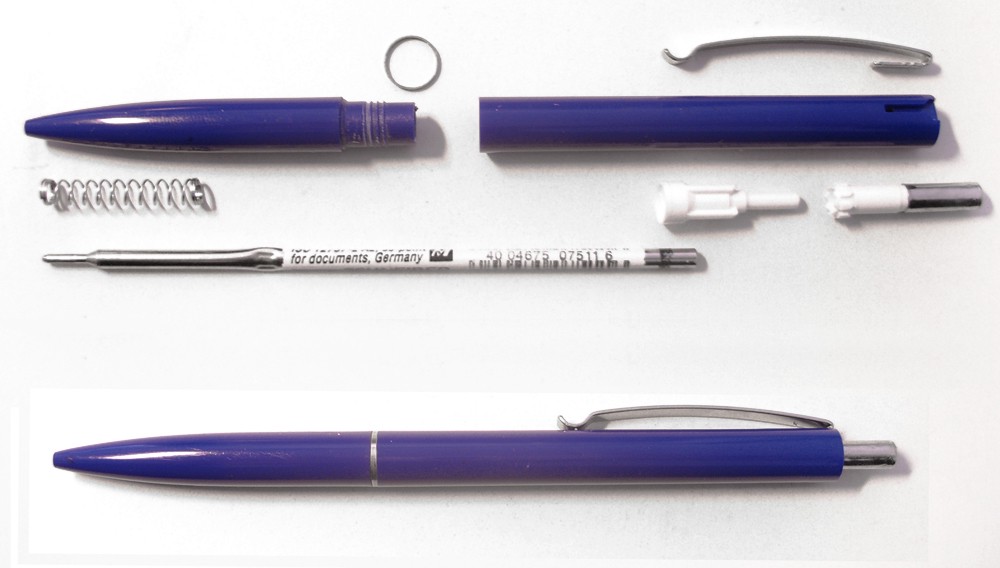 So, do you say "don't take it apart" (suppose the speaker and the listener know "it" refers to the pen) or

"don't take them apart" (suppose the speaker and the listener know "them" refers to the separate parts of the pen)?

And, do you say "please put it together" (suppose "it" refers to the pen) or

"please put them together" (suppose "them" refers to the separate parts of the pen)?

For "take (something) apart", people almost always talk about the complete object, because that is the current or starting condition, and it's also just easier to say (usually fewer words, etc).

But "put (something) together" is a little different. In this case, you actually can talk about either the completed object or its parts, but the two do not mean the same thing:

put the table together

This means to put the parts of the table together to form a completed table. The desired end state is important here. If you don't end up with a table when you're done, then you haven't done it right.

put the table's parts together

So the reason people use the singular completed object in phrases like "put the table together" is because it communicates information about the thing you will end up with when you're done, which just referring to the parts doesn't tell you.

1
something that is barely scraped/put together
4
What's the difference between inspire and enlighten?
0
"Put together" vs "Assemble"
2
What's the meaning of "so constructed"?
0
So we say, "It's starting to rain, let's bring the washing in" or "....let's take the washing in"?
1
How to express to eat something all together without eating each parts of it separately?
0
Question about “just as likely to happen together as not” (as...as structures)