What does "make an implication" mean?

I did not make an implication, I made a statement, and I made the statement based on the testimony of the president of the corporation.

The meaning here is this one
Macmillan "implication"
"something that you suggest is true, although you do not say it directly"

In the context of conversations, an implication refers to some "assertion" that's not explicitly stated, but which a speaker / writer would expect the audience / reader to understand anyway. 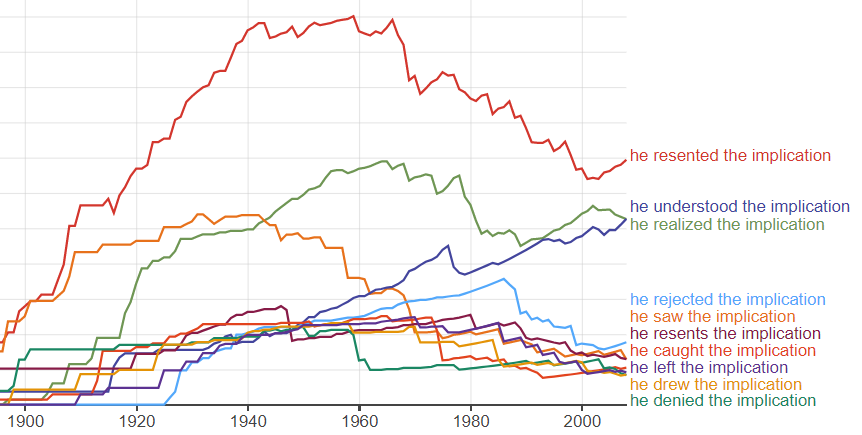 ...from which you'll see that all the common verbs identifying the relationship between subject and object involve him receiving the implication - none of them are about him producing an implication.