Ask Question
Asked 1 year ago
Active 1 year ago
Viewed 30 times
0
This question already has answers here:
Canonical Post #2: What is the perfect, and how should I use it? (6 answers)
Closed last year.

However, Google Ngram indicates the former is much more commonly used than the latter, why is that? 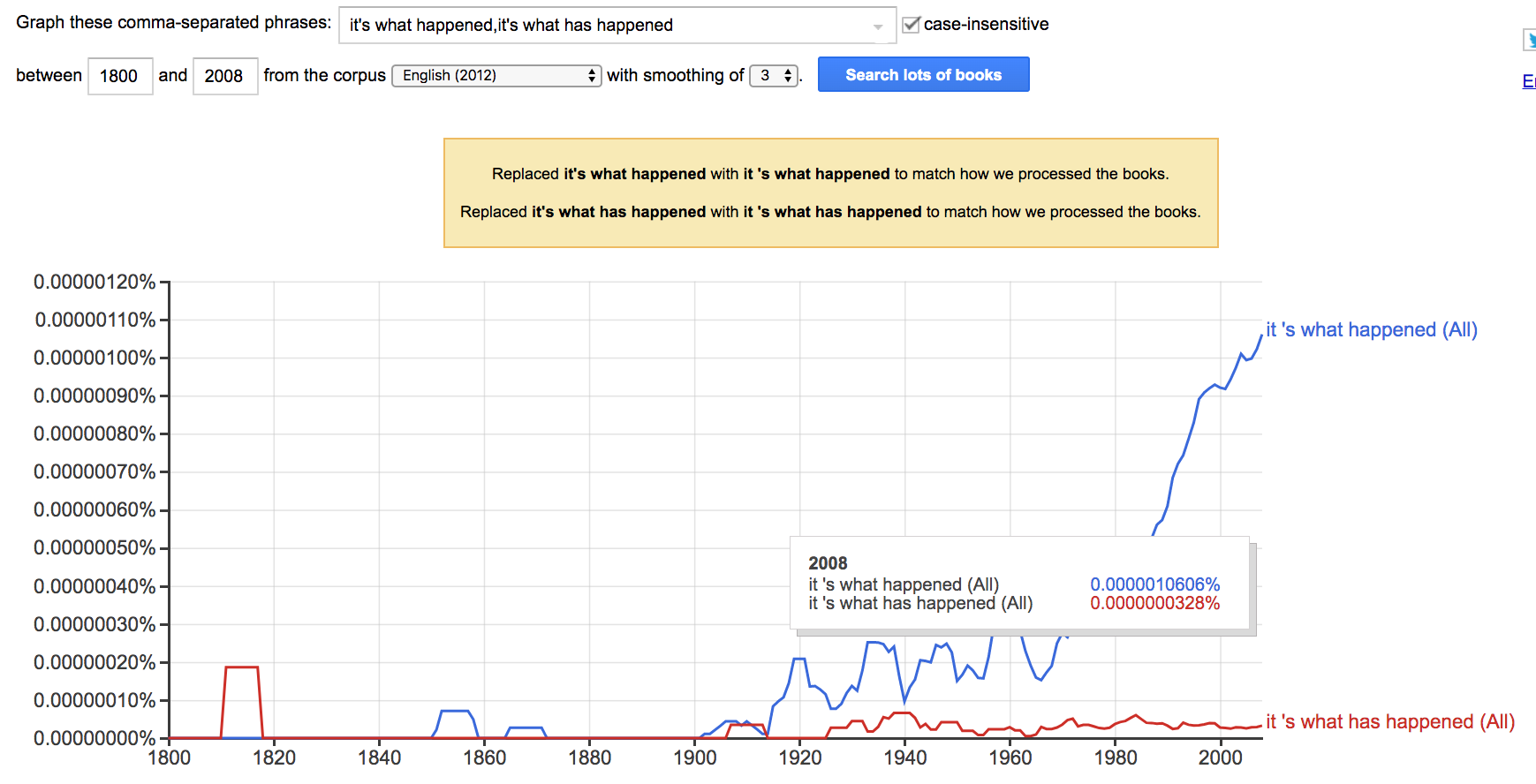 Does they mean the same? Could someone please give a hint? Thanks in advance.

The simple past form:

..just says that it happened, in the past, but really nothing else.

The use of the present perfect, on the other hand:

It's what has happened.

..also says that it happened, in the past, but what you're actually talking about is the present state that is the result of that having happened. (It has happened, so now we're in a situation where we have to deal with that)

Both can be used, but the present perfect says something more specific than the simple past does, so it doesn't make sense in as many situations.